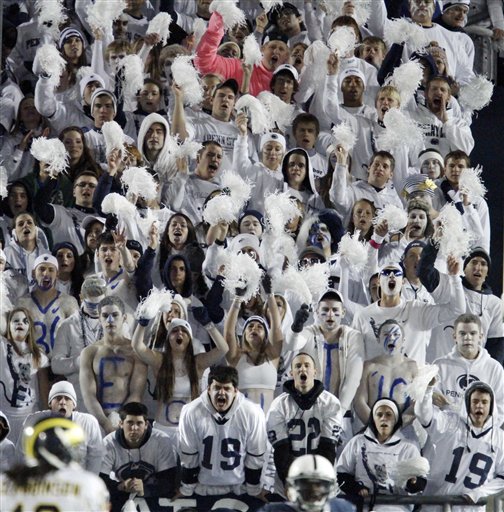 Here's what GoPSUSports.com says about the new additions:

"The new entry – Gate F – is located near Gate A on the East side of the stadium.  Designed to accommodate 6,000-8,000 patrons, Gate F will be a tremendous asset on gamedays, allowing some fans who sit on the East side and previously have entered at Gate E, a smoother entry into the stadium.  Penn State students will continue to enter Beaver Stadium at Gate A.

The most noticeable changes inside the stadium have occurred in the lower sections of the East, West and North seating areas. In the East and West, the first three rows of seats from goal line to goal line were removed and replaced with five large, pre-cast sections that will permit additional ADA spectators and companions to watch the Nittany Lions from a great vantage point. The pre-cast sections are approximately eight feet wide, to allow spectator traffic flow with the new ADA and companion seating."