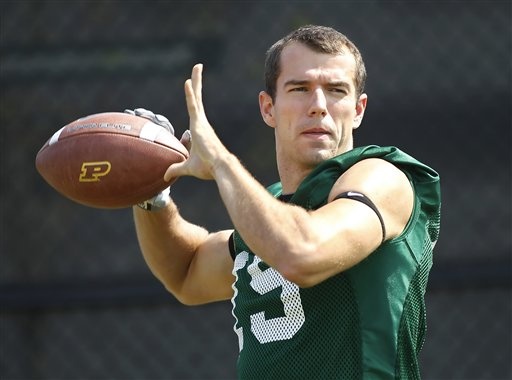 For a team that suffered so many injuries to key players a season ago, the Purdue football team's luck doesn't seem to be getting any better in 2011. The latest bad luck struck Purdue quarterback Rob Henry, who tore the ACL in his right knee Wednesday, 10 days before the Boilermakers' season opener against Middle Tennessee State. It's a terrible loss for Danny Hope's team, both from an on-the-field aspect and from a leadership perspective. Henry, a sophomore, had been elected a team captain for the season. Watch Hope discuss the injury inside.