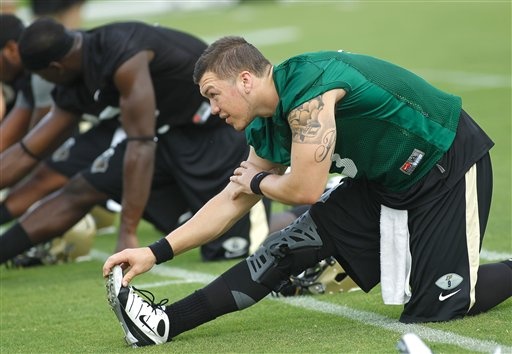 Dave Revsine, Gerry DiNardo and Howard Griffith attended Purdue practice during our BTN Football Tour this August. Without question, the Boilermakers are ready to put last year behind them. Not only did they finish 4-8, including a season-ending loss to Indiana, but they couldn't stay healthy. The injuries started early and they affected key guys throughout the fall, resulting in a lost season. Purdue's luck isn't getting better, as QB Rob Henry already has torn the ACL in his right knee. The Boilers open the season Sept. 3 against Middle Tennessee St. Watch our Purdue Preview video inside.

While Purdue doesn't have a clear-cut choice at quarterback, it does have plenty of experience at the position. Watch offensive coordinator Gary Nord talk Purdue quarterbacks below.

Which Boilermakers do Coach and Howard think Big Ten fans should look out for in 2011? Find out below.