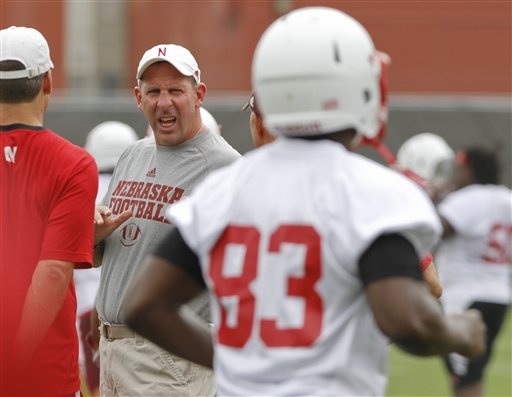 Dave Revsine, Gerry DiNardo and Howard Griffith visited Nebraska practice on our BTN Football Tour in August. The Huskers, of course, enter their first season in the Big Ten this fall. Led by an experienced and talented defense, Bo Pelini's team will be an immediate force. With the return of Jared Crick, Lavonte David and Alfonzo Dennard, among others, Nebraska's D could prove to be the Big Ten's elite unit. And its offense isn't too bad, either, led by dynamic QB Taylor Martinez. The Huskers open the season Sept. 3 vs. UT-Chattanooga. Watch all of our Nebraska Preview video inside.

With a new offensive coordinator in Lincoln, what can we expect from the Nebraska offense this fall? Wide receiver Brandon Kinnie says, "We're going to play fast."

Dave, Gerry and Howard share their thoughts and impressions from Nebraska's practice, and it seems like they liked what they saw.

Which Huskers do Coach and Howard think Big Ten fans should be looking out for in 2011? Find out below.