Get To Know Nebraska Volleyball 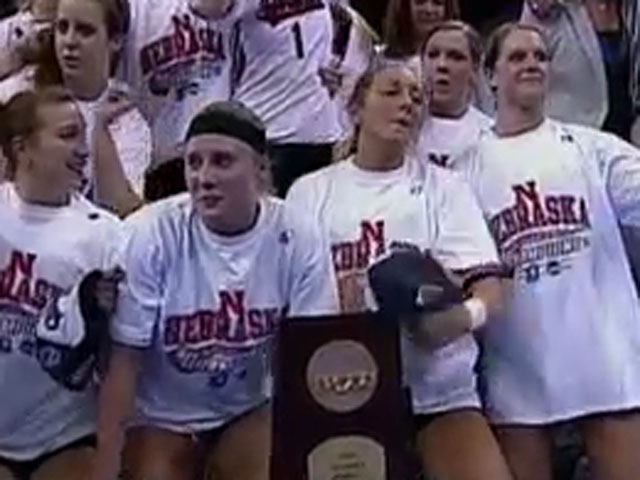 Casual Nebraska fans know the school's steep football tradition, but they don't know much about the volleyball program. Well, John Cook's team has been the school's most successful program in the new millennium, winning nine Big 12 championships and the 2000 and 2006 national titles. Cook, a two-time national coach of the year, says Nebraska has a big challenge ahead of itself in the loaded Big Ten: "I think this is going to be the premier volleyball conference in the country."

Nebraska will only improve an already loaded Big Ten; in fact, the Huskers enter the season ranked fifth in the nation. Here's a preview from Huskers.com:

"The Nebraska volleyball team will enter the 2011 season ranked fifth in the AVCA Coaches Poll, which was released Monday afternoon. The Huskers (1,1221 points) were one of Big Ten three teams earn a spot in the top 10, joining No. 1 Penn State and No. 8 Illinois.

The Huskers welcome back a strong team in 2011 that returns All-Americans Brooke Delano and Hannah Werth, while Werth was also the 2010 Big 12 Defensive Player of the Year. Nebraska finished the year with a 29-3 record, captured its 12th Big 12 title during its final season in the league and made a trip to the NCAA Regional round for the 17th straight season."