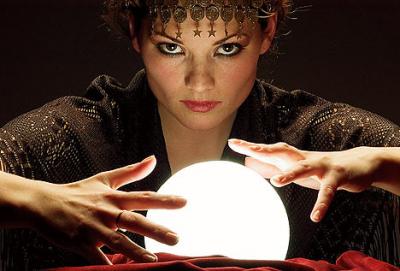 With football season fast approaching, I thought I'd throw some 2011 Big Ten predictions out there. This is never a safe practice, as some of the picks always seem to backfire on you by the end of the season. But it's all for fun and to spark some conversation, so, I figure, why not do it? Why not guess division champs, Big Ten champ, individual superlatives and the conference's major statistical leaders? Go ahead, check out all of my picks.

*Ball didn't get regular reps until the first week in November, and yet he still led the conference in rushing scores, thanks in large part to his silly 13 scores in the final four regular-season games.

*The Big Ten is littered with solid running backs, both proven and unproven. Baker falls into the first group, but because he's the Spartans' clear-cut No. 1 option, something neither of Wisconsin's stud backs can say, and because Denard Robinson figures to cut back on his running, he should get the opportunities needed to lead the conference.

*Like most freshman quarterbacks, Scheelhaase figured it out toward the end of the season, throwing 13 touchdown passes and one interception in Illinois' final six regular-season games. Before that, he had a 4-7 touchdown-to-interception ratio. Expect more consistency in Year 2.

*While Michigan State's Kirk Cousins is the only returning Big Ten quarterback to finish in the top five in passing yards last season, Persa probably would have joined him if he didn't suffer a season-ending Achilles' injury. Because of the injury, Persa should be throwing the ball even more this season.

*McNutt has a new quarterback, of course, but the guy has a knack for finding the end zone, hauling in eight scoring grabs each of the last two seasons. Unlike the past two years, though, McNutt is now Iowa's primary target.

*Ebert led the Big Ten in receiving yards last season, doing so without the services of starting quarterback Dan Persa the final three games. Assuming Persa is healthy and he can stay healthy, Ebert is a terrific candidate to easily eclipse the 1K mark.

*Crick could be in the NFL right now, but the huge Nebraska defensive lineman chose to return for one last season. That's terrible news for quarterbacks and offenses throughout the Big Ten.

*It's never easy predicting interceptions, what with quarterbacks often refusing to throw in the direction of stud cornerbacks and all. Allen, however, is a special talent — he took two of his three interceptions back to the house last year as a freshman. He also has a quality corner on the other side in Josh Johnson, making it harder to completely avoid his side of the field.