Who's The Leaders Division Favorite Now? 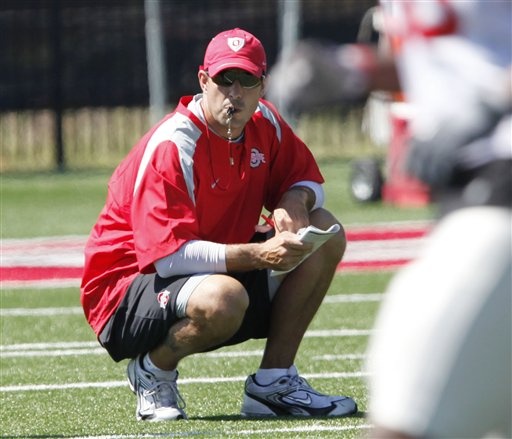 We knew Terrelle Pryor would miss the first five games of the 2011 season, including the Big Ten opener against Michigan State, but now that the star quarterback has left Ohio State, the Leaders Division has become a bit more interesting.

Ohio State was the popular pick, even in the wake of all the news coming out of Columbus. While some started to favor Penn State and Wisconsin in recent weeks, the general consensus was that Pryor would return from suspension in time to help Ohio State challenge for its seventh straight Big Ten crown.

The aforementioned Badgers and Nittany Lions are the biggest beneficiaries, in my mind. Illinois, Indiana and Purdue all must feel better about their prospects, too. And there's still Ohio State. The Buckeyes have a lot of turmoil to overcome, sure, but they aren't exactly dead. They still have plenty of talent and a perenially strong defense on their side.

All things considered, I'll take Wisconson as the favorite. No, the Badgers don't have a proven quarterback and they lost plenty of defensive talent, including J.J. Watt, but they have two of the conference's elite running backs (Montee Ball and James White) to make up for all the losses.