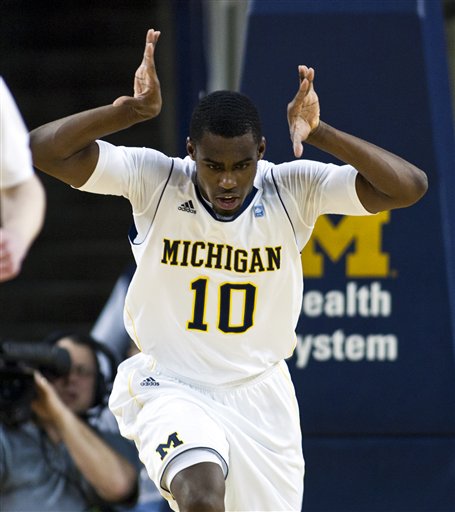 The pairings for the 13th annual Big Ten/ACC Challenge, held November 29-30, were announced Tuesday afternoon. Seeking its third straight victory in the event and just its third win overall, the Big Ten will face a tough test this winter. For one, the Challenge has been very close in recent years, with the victor winning 6-5 each of the past three seasons. On top of that, the ACC figures to boast a pair of top 5 teams, including likely No. 1 North Carolina. See the full schedule here:

Tuesday, Nov 29
Miami at Purdue
Northwestern at Georgia Tech
Illinois at Maryland
No. 23 Michigan at Virginia
Clemson at Iowa
No. 5 Duke at No. 3 Ohio State

New wrinkles: With the addition of Nebraska to the Big Ten, the Challenge will consist of 12 games for the first time, meaning the ACC will no longer be able to give its worst team from the previous season a "bye." Another interesting twist: Now that there's a dozen games, we could add another column to the event's final ledger (ties).

Best game: Duke at Ohio State – Who knows where these two teams will be ranked come late November, but it's very possible this will be a battle of top 5 teams at Value City Arena. Of the many things to look forward to in this contest, perhaps nothing tops Ohio State's defensive pest Aaron Craft shadowing Duke's highly prized recruit Austin Rivers.

Streaks on the line: Northwestern, Ohio State and Wisconsin share the Big Ten's longest active winning streak in the event, at three. The trio tries to make it four in a row against Georgia Tech, Duke and North Carolina, respectively. On the ACC's side, Maryland owns the event's longest active winning streak, at six, with its last loss coming to Wisconsin in 2004. And to much surprise, Boston College is a perfect 5-0 since joining the ACC.

Way-too early prediction: It's going to be close, based on recent history and the matchups. If I had to guess, the Big Ten will dominate the first night and the ACC will control the second night. In the end, the Big Ten either ekes out a 7-5 win or the two conferences tie.