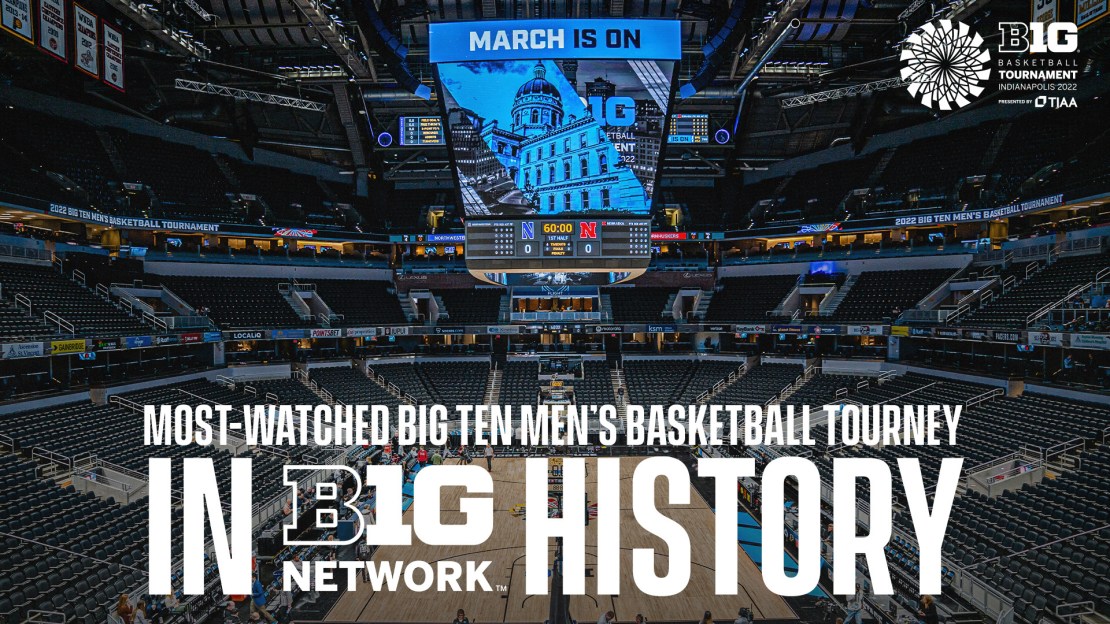 Friday's quarterfinal game between Michigan State and Wisconsin delivered 1.19 million viewers, making it the most-watched men's basketball game in Big Ten Network history (previous record was Iowa vs. Wisconsin in 2021 - 939,000). Across the entire tournament, the audience grew by +25%, averaging 671,000 viewers per game and surpassing the 2021 men's basketball tournament as the most-watched in network history. With an average of 671,000 viewers, this also became the most-watched first 10 games of the Big Ten Tournament since expanding to 14 teams in 2015 (648,000 viewers per game across BTN/ESPN2/ESPN).

In addition to the record tournament audiences, regular season men's basketball on the Big Ten Network was up +9% over the 2020-21 season.

*All television audience data according to Nielsen Media Research