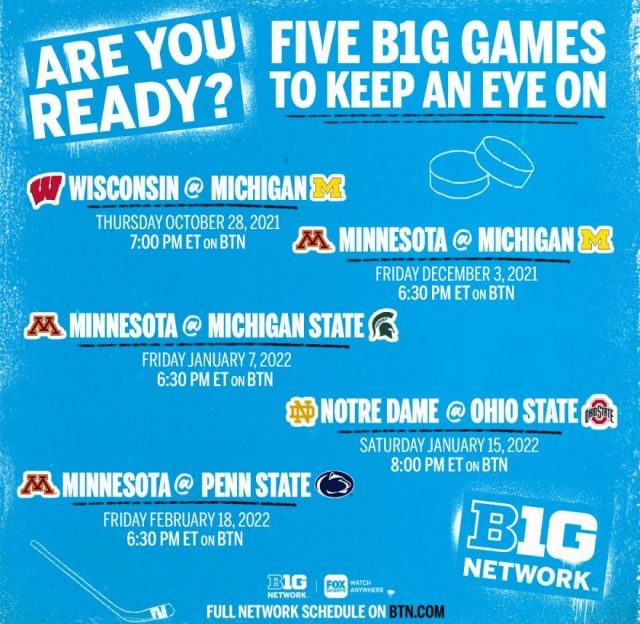 The 2021-22 Big Ten hockey regular season will feature extensive coverage on the Big Ten Network, with over 50 games being carried on BTN or B1G+.

At least 25 games will air on the Big Ten Network, with the first taking place on Thursday, Oct. 28, when Michigan plays host to Wisconsin. BTN will also televise both semifinals and the championship game of the 2022 Big Ten Tournament in March. Every televised game on the Big Ten Network can be streamed nation-wide via the web, smartphones, tablets and connected devices on the FOX Sports app. B1G+ will stream all of the games broadcast on Bally Sports Regional Networks, in addition to all other non-televised games played in Big Ten arenas.

Coming off a year in which seven Big Ten players were selected in the first round of the NHL draft, the conference currently has four teams ranked in the USCHO Top 25, including No. 3 Michigan, No. 4 Minnesota, No. 11 Wisconsin and No. 18 Notre Dame.

The complete 2021-22 schedule for the Big Ten Network is below: