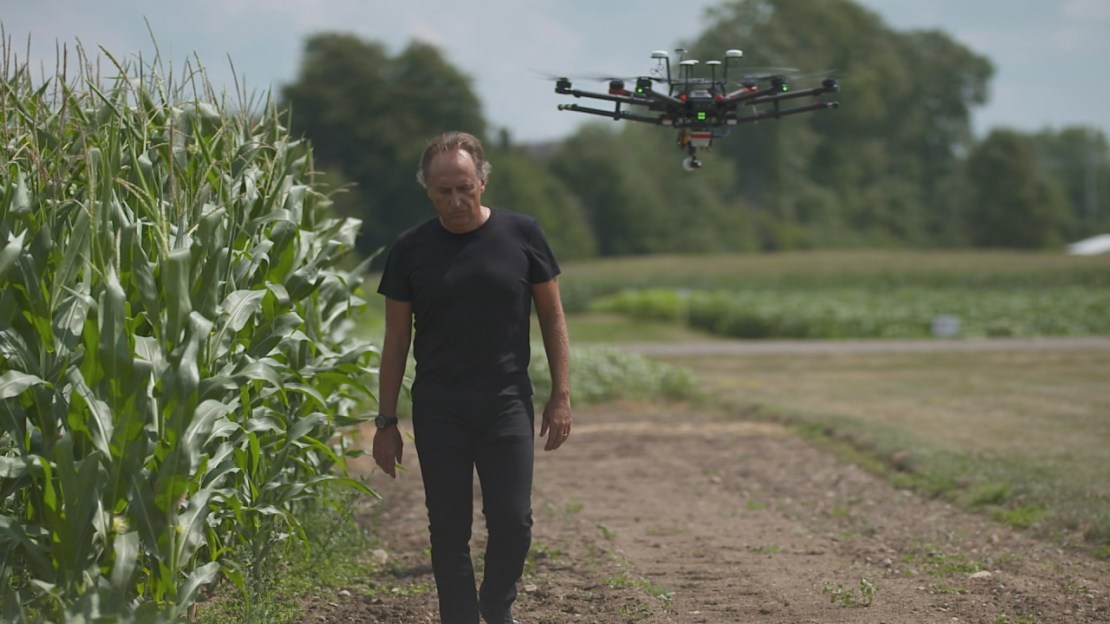 Farming in the olden days (like, 20 years ago) used to be so simple. You grow as much produce as you can and hope for the best, without much worry on environmental impact or maximizing limited space.

Now, there are so many more factors involved, one of the most important being environmental impact. That?s where the Digital Agricultural System Lab at Michigan State University comes in. The team focuses on producing food more sustainably, with an ultimate goal to increase production for a population that keeps growing while protecting natural resources and the environment.

?We face a global paradox, that we have to produce more food with less land and under the tract of increased climate variability and extreme events that we witness just about every year now,? says Bruno Basso, a professor in the Department of Earth and Environmental Sciences and lead researcher at the Digital Agricultural System Lab. ?Compared to the past where the goal was only increasing production, we have to allow resources to be maintained more with integrity for the next generation, to continue to produce food.?

Technology plays a major role in the advancement of agricultural resources. The lab uses drones, cameras and sensors to learn as much as possible about everything that goes into the ground, all the way down to the individual plant.

?We can tailor the amount of fertilizer specifically only on those areas in order to be much more efficient, both in terms of producing with the lowest environmental impact, but allowing farmers to get higher revenue,? Basso says. ?Not necessarily by a greater productivity, but by reducing the cost, the intervention of input in areas where there is no response, where it's not necessary.?

A big part of  striking the right balance between productivity and sustainability lies in fertilizer. Overuse of fertilizers causes major environmental impacts and might not necessarily increase what is produced.

Olivia Davidson, a master's student in the Department of Earth and Environmental Sciences, is on the front line of the lab?s work. When she?s not out in the field gathering data on individual plants, she is flying to capture data from above.

?In the conventional ways of farming a lot of times, a lot of fertilizer was applied and it wasn't really thought of where we were applying it,? she says. ?So that's how we use drones, to look at variations in the field of the crop health and really work to apply the amount of fertilizer that the plant needs in certain spots. And so that it's more environmentally conscious and increases the revenues that we produce.?

The key is striking a happy medium between enough fertilizer to make plants grow but not too much that it can?t be harmful to all of us.

?A lot of fertilizer that gets applied just ends up in groundwater,? Davidson says. ?So that can be detrimental to not only surface water, eventually, when it flows to surface water, but also to people that get drinking water from the ground.?

The concept of digital agriculture is constantly evolving as new technologies come to the forefront. Labs like the one at MSU use advanced techniques that farmers wouldn?t have dreamed of 15 or 20 years ago.

But that rises out of a need, for maximizing space and minimizing environmental impact. Basso pulls in students from all over the world - including Germany, China, Italy and even Ghana and Nepal - to implement new technologies that are changing the way we get our food.

?It is really important to maximize the profits and yields of farmers today so that we can be producing the most food that we can,? Basso says. ?And also to make sure that big agriculture is sustainable today so that we're not harming the environment more than is necessary. So a big part of what we do is to reduce the amount of fertilizer that is applied without reducing the profit that the farmer is making.?

Profits and sustainability coming together. It?s a whole new world.