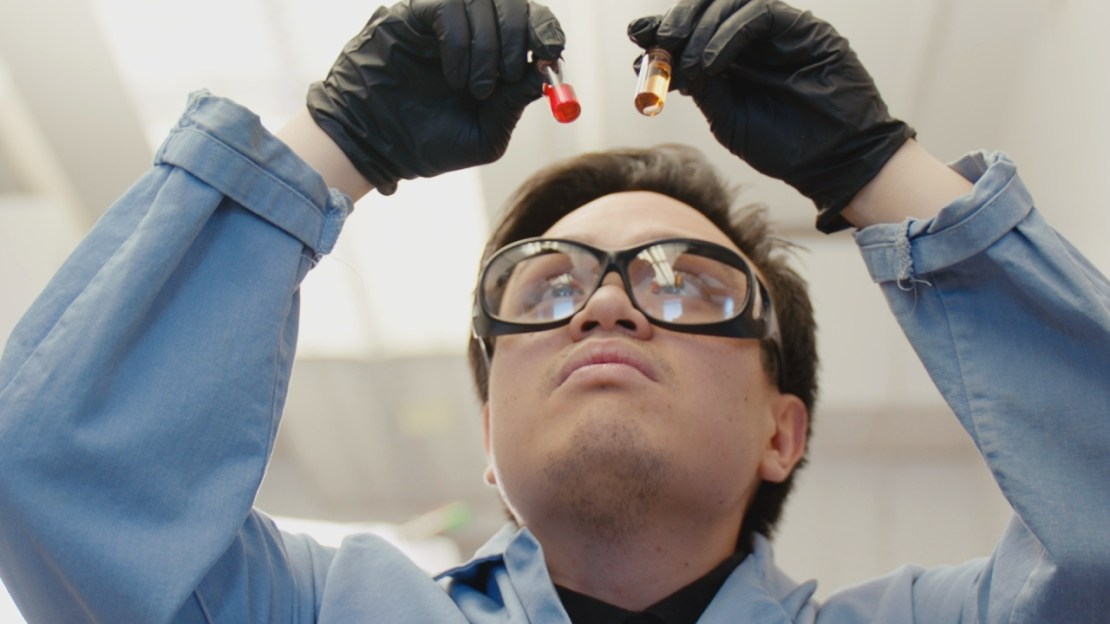 Dozens of everyday products, from the shoes on your feet to the sponge in your sink, contain polyurethane. The material is a polymer made up of several organic components joined by carbamate links. One of the reasons that polyurethane is so popular is because it?s long-lasting and durable, two characteristics that consumers appreciate in the products they buy.

The problem with polyurethane is that once it is no longer needed in a product, it is difficult to dispose of. Much of it ends up in landfills; some of it is even dumped in the ocean.

The production of polyurethane also creates copious amounts of waste, the disposal of which can introduce highly toxic substances into the environment. Domestically, 1.3 million tons of this waste is cast off each year, either into landfills or destined for incineration.

According to Ephriam Morado, a fifth-year student working in labs of the organic chemistry at the University of Illinois, the only way to get rid of polyurethane right now is by burning them. That costs a lot of energy and generates a lot of carbon dioxide and other potent pollutants.

That is why Morado is working on a way to alter how polyurethane is created. By adjusting the components that make it up, he is hoping to create a better way to dispose of them when they are no longer in use.

?So recycling is taking basically your starting point or your starting materials and then making a material out of that and then go being able to break it down to those starting materials,? said Morado. ?We take a different approach, known as re-purposing. And this is actually a common way to use degraded polyurethanes. What we do is degrade the product and then again, make it, into something that we could re-commercialize. So turning single-use plastics and then giving it a new life.?

The hope is that the researchers at Illinois can develop a version of polyurethane that is re-purposed but still efficient for the large chemical companies that need it. By using less energy to degrade the polyurethanes, it will reduce the amount of waste as a result.

The key was figuring out what materials in existing polyurethanes could be swapped out for more environmentally efficient replacements, while not taking away what makes the material valuable in the first place.

?We?re investing an enormous amount of energy into producing these materials, and then we use them and we throw them away,? said Steven Zimmerman, a professor of chemistry at the University of Illinois. ?But what would be better than actually repurposing them? Turning them into new products, and saving a lot of energy in the process.?

Development is still in the early stages. Researchers have been able to recreate polyurethanes, but their creation was not as environmentally friendly or cost efficient as they were hoping. But there is confidence that they are moving in the right direction

?What my work has done is, we?re able to make this next generation of polyurethane where we incorporated degradable bonds in them, so that we?re able to just take the polyurethane bulk material, put it in acidic condition and degreed it at room temperature,? Morado said. ?It?s better obviously because we?re using less energy. No heat, no burning, no dangerous byproducts.?