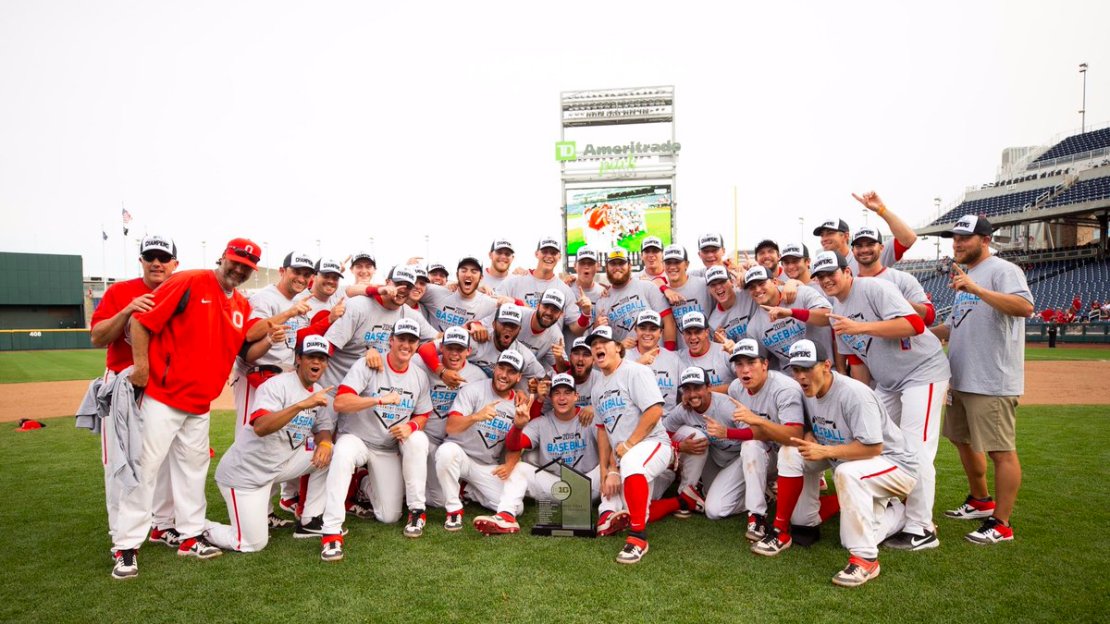 The seventh-seeded Ohio State baseball team won the 2019 Big Ten Tournament title after posting a 3-1 win over fifth-seeded Nebraska in the championship game Sunday at TD Ameritrade Park. The Buckeyes became the lowest seed to ever win the tournament.

Brady Cherry paced the Buckeyes going with three hits on four at bats, while Nick Erwin, Conner Pohl and Cherry had an RBI apiece. The Buckeyes claimed their 10th Big Ten Tournament title and their first since 2016.

Ohio State improves to 35-25 on the season and earns the conference's automatic bid to the NCAA Tournament. The NCAA Selection Show will air at noon ET Monday on ESPNU.

Below is the 2019 Big Ten Baseball All-Tournament Team:

The @B1GBaseball Tournament's Most Outstanding Player tried to tell us Friday. ?

The Bucks are HOT, and Andrew Magno reminded us after @OhioStateBASE won on Sunday: pic.twitter.com/jPsPmeBy3b