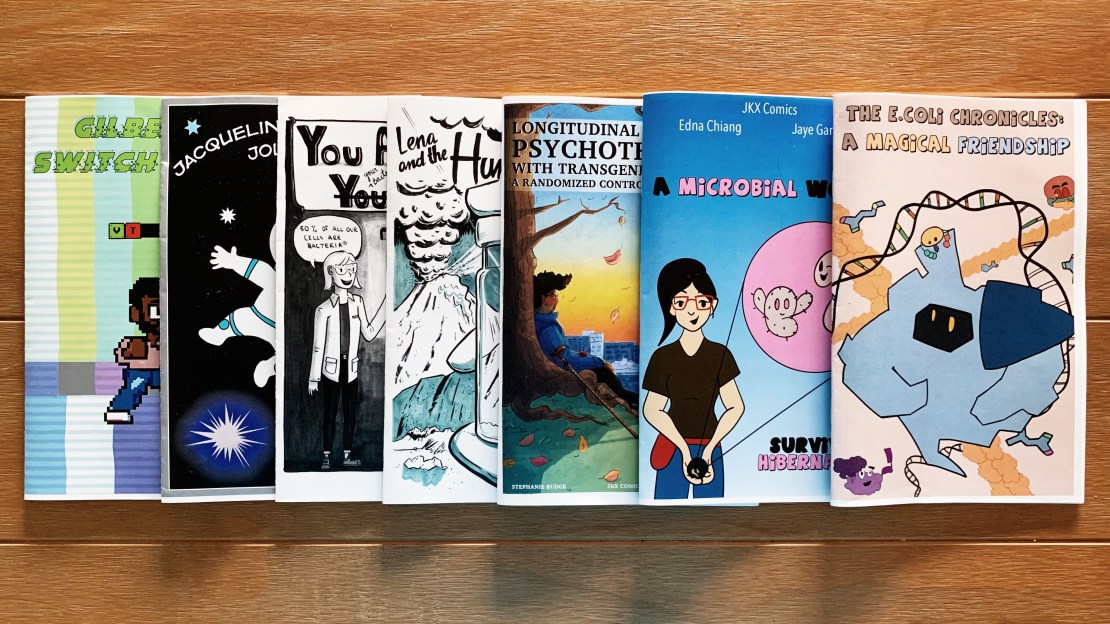 Tough isn?t it. Of course, many aspects of science can be difficult to grasp, beyond just the names of its famous players. For instance, what is the Epstein-Barr virus, and how does it move through the human body? How do gut microbes in squirrels help them survive hibernation? (What even are gut microbes?)

These are questions the co-founders of JKX Comics have sought to answer through their work with scientific comics.

Jaye Gardiner, Khoa Tran and Kelly Montgomery met as graduate students at the University of Wisconsin-Madison, each pursuing his or her own unique field of scientific study. 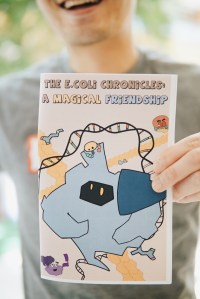 An idea was born the way many great ideas are, with something small and happenstance. Someone mispronounced a word, which led another person to joke about it sounding like a superhero name. Ultimately, an idea took shape - to use comics and superheroes to make science and scientists more relatable.

So Gardiner, Tran and Montgomery started drawing. Three scientists with no formal training in art taught themselves to use design software and worked for close to a year on their first comic, ?EBV & The Replication Dance,? about the Epstein-Barr virus.

Each co-founder has gone on to create more comics based on scientific questions they are personally interested in, and they also relish the opportunity for collaboration.

To that end, JKX teamed up with other scientists and artists on the Gaining STEAM! showcase in May. They won the UW-Madison Arts Business Competition in 2018 and used their $2,000 prize to bring the research of UW scientists to life through comics.

The JKX team worked with seven young scientists and guided them through the process of creating comics. They also enlisted the help of educator Holly Walter Kerby, who helped shape story elements and hosted workshops about storytelling as a useful tool for communicating science.

?The way science is presented, it can be really dense and overwhelming, right?? Montgomery points out. ?But if you?re reading it in a comic form, a detailed analogy for instance, you can use these comics to give the reader a chance to participate in the narrative in a really fun way.?

For example, Montgomery drew a video game-inspired comic that turned out to be one of her co-founder?s favorites. 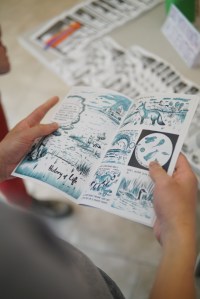 ?It?s very reminiscent to the old school Mario games where you hit the question mark block and an item pops out,? explains Gardiner. ?She had the scientist [Gilbert Loiseau] hit the block and coming out was, ?Oh, this is a beta sheet, or this is an alpha helix,? just teaching you all of those things in something that you?re super familiar with.?

The Gaining STEAM! showcase offered scientists a way to make their research relatable, but it also allowed them to be the heroes of their own stories, a core aim of JKX Comics.

?I don?t think that goal has ever left us about wanting to have comics be in the classroom so that it can be an inspiration, so that it can show that human side of science, especially for say, underrepresented individuals,? says Gardiner. ?So to have a comic that is about an actual person that?s doing actual science that may look like them - I think that can be incredibly powerful.?

More comics are available for free on the JKX Comics website.