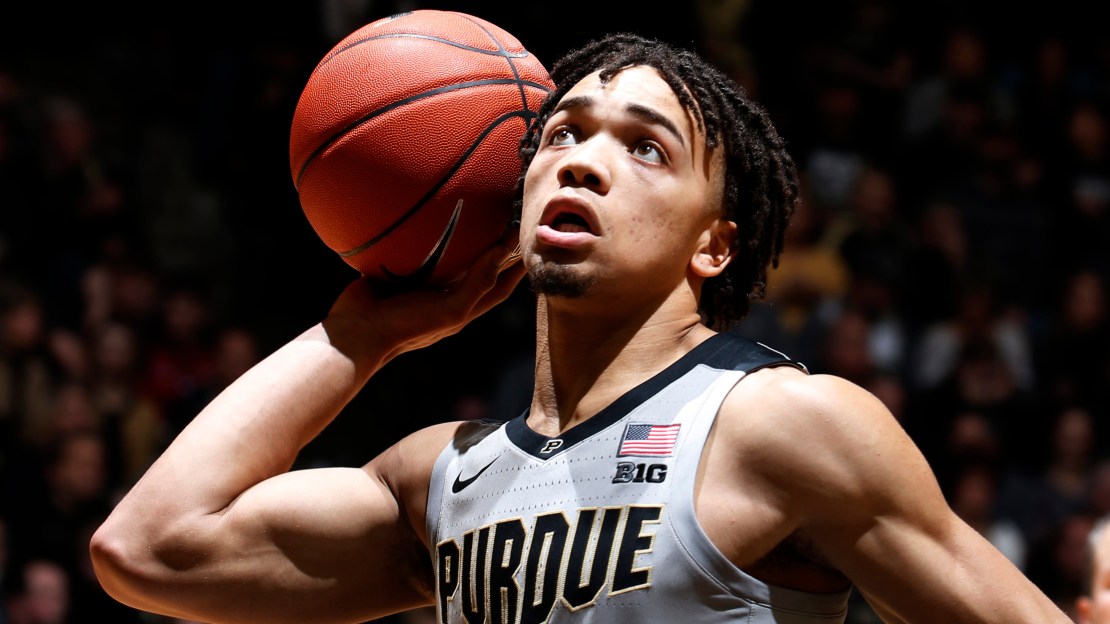 1. Purdue (18-7, 11-3). The Boilermakers may not be the best team in the conference, but they have put themselves in the best position to win the regular-season title. Ball movement and balance makes them the contender that they are.
Last week: 1

2. Michigan (23-3, 12-3). The loss at Penn State was an opportunity missed, as the remaining schedule will test the Wolverines in every way. Still, this a team on the rise with numerous improvements being made on the offensive end.
Last week: 2

3. Michigan State (21-5, 12-3). Nick Ward (hairline fracture in left hand) joins fellow starter Joshua Langford on the injured list. Ward's return date in unknown, but the Spartans hope to get him back before the end of the regular season. This is a crushing blow to a team that relies so heavily upon balance. Cassius Winston will have to be great for the Spartans to avoid a slip, and possibly a spot in Thursday's Big Ten Tourney action.
Last week: 3

4. Wisconsin (18-8, 10-5). The Badgers have developed a strong supporting cast to surround Ethan Happ. They are rooted in their identity and playing at a high level at the right time.
Last week: 4

5. Iowa (20-5, 9-5). I've said it before: I can't wait to see Iowa in the NCAA tournament. Big Ten foes know the Hawkeyes too well, but the matchup issues they can create will stifle unfamiliar opponents.
Last week: 5

6. Maryland (19-7, 10-5). The young Terps have maintained a high level of play throughout a brutal conference season. It truly comes down to the finish, as they've got great opportunities for big wins, starting Tuesday at Iowa.
Last week: 6

7. Minnesota (17-9, 7-8). The loss at Nebraska was a killer, but tourney hopes are still alive, especially with numerous opportunities to pick up signature wins. The Gophers will play with confidence against Big Ten co-leader Michigan, as they had success in a close loss on the road last month.
Last week: 8

8. Ohio State (16-9, 6-8). As much as I like the Buckeyes, the foul trouble for Kaleb Wesson may be their Achilles' heel. They've got to find a way to keep Wesson on the floor so Chris Holtmann can establish and maintain the most advantageous rotations/substitution patterns.
Last week: 7

9. Illinois (10-16, 6-9). The Illini are going to make a huge jump next season. You can see it all coming together at a point in the season where opponents are also playing at a high level. I see the Illini as a top 5 team in the conference next year.
Last week: 9

10. Rutgers (12-13, 5-10). We don't talk enough about Rutgers' emergence and competitiveness. With additional pieces coming in next season and an established core, the rebuilding process is truly coming together.
Last week: 11

11. Nebraska (15-11, 5-10). The Huskers are not out of the NCAA tournament conversation, by any means. The opportunities for good wins that weren't there last season sure are present, with Penn State, Purdue, Michigan, Michigan State and Iowa remaining.
Last week: 13

12. Indiana (13-12, 4-10). Talk of having to recreate themselves at this point of the season doesn't give me confidence in the Hoosiers, but it's likely the most necessary step at this point for Archie Miller. The focus has to be on what makes success sustainable, and not just temporary fool's gold.
Last week: 10

13. Northwestern (12-13, 3-11). As good as the defense has been for Northwestern, inconsistency and a lack of balance on the offensive end has defined their season. As I've said before, they are one point guard away from being a real competitor in the conference this year.
Last week: 12

14. Penn State (9-16, 2-12). This is the best last-place team you may ever see in any power conference. The personnel is high-caliber and the potential is certainly there. Consistency of execution and an offensive identity is needed to win in the Big Ten.
Last week: 14