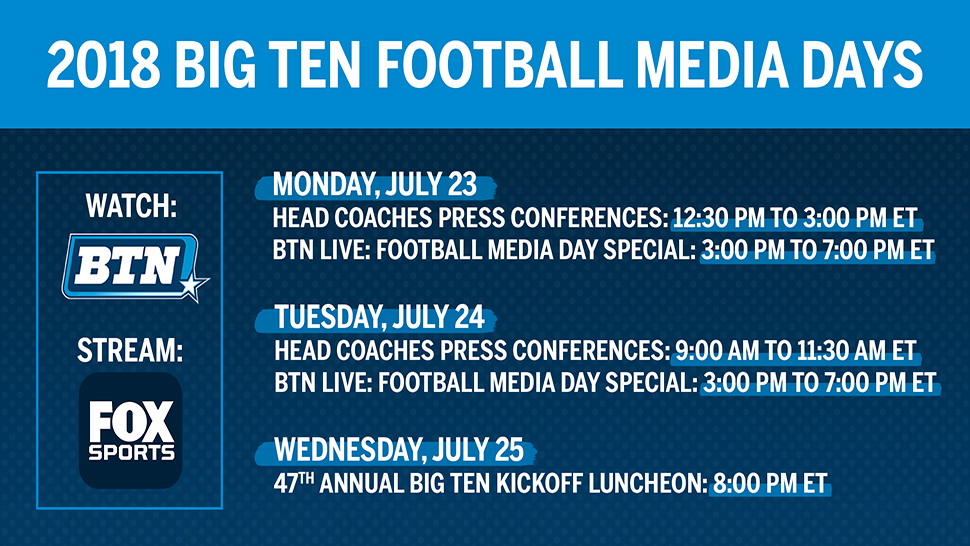 At the kickoff luncheon, Revsine will sit down with the head coaches in small groups to discuss the upcoming season, while also interviewing College Football Hall of Fame inductees Dana Howard of Illinois and Aaron Taylor of Nebraska. The luncheon will feature speeches by Big Ten Commissioner Jim Delany and Tournament of Roses president Gerald Freeny, while Michigan State?s Khari Willis will speak on behalf of the students in attendance.

BTN will continue to offer an array of studio coverage this fall with B1G Football and Beyond and BTN Live returning, in addition to coverage of all 14 Big Ten head football coaches? weekly media availability taking place on Mondays and Tuesdays throughout the football season. The Journey: Big Ten Football returns this October.