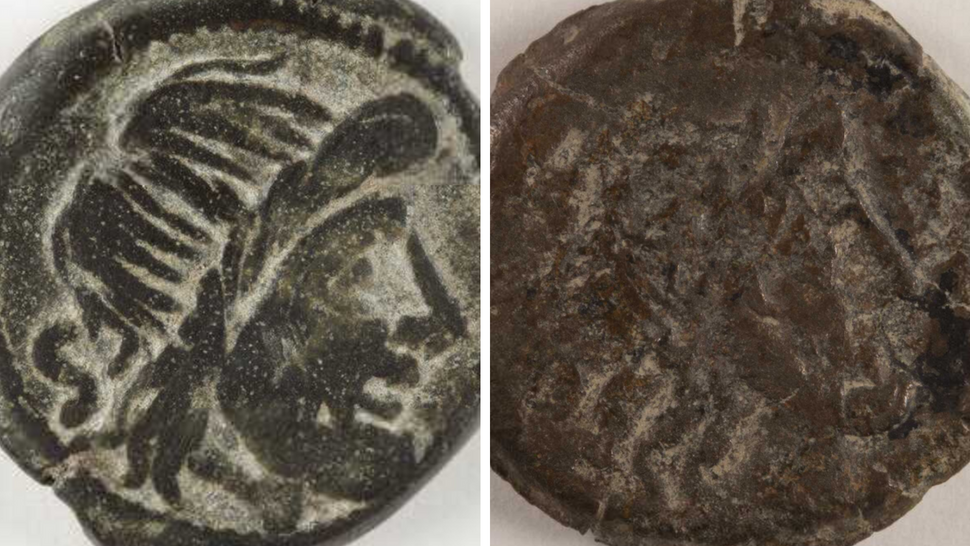 Remember that old piece of scripture, ?Render unto Caesar that which is Caesar?s?? Well, someone forgot to tell whoever squirreled away these Denarii, Semissis, Dupondii and other coins of the Roman Republic. *

The Badian Collection of Roman Coins are housed in the special collections and archives of the Rutgers University Libraries, and, much to the delight of numismatists the world over, they have no intention of keeping them shielded from the public. Thanks to a years-long digitization project helmed by Rick Hale, a classics doctoral student, extremely detailed images of the coins can now be viewed online.

The painstaking process, Hale told Rutgers Today, involved shooting multiple, high-resolution photographs of each coin from a variety of angles. A labor of love, the process was later refined with input from fellow student Aaron Hershkowitz, who introduced Reflectance Transformation Imaging to the project. The new technology streamlined the photography by eliminating the need to manipulate the coin and camera for each new shot.

Featured alongside the images of each coin is a detailed description, noting the age of the coin, the denomination, who or what is depicted on the obverse and reverse, what the metallic makeup is and under whose authority it was minted. These details paint a rich picture of the political and social landscape of the times, as prominent figures of different eras often have their likeness born on coins of the day. They also offer a window into how a financial system grows and changes over time.

?These coins, housed at the Libraries? Special Collections and University Archives, are an invaluable resource for anyone studying Roman political and cultural history,? said T. Corey Brennan, a professor of classics at the School of Arts and Sciences who uses the coins in his courses. ?You can see the monetary system being constructed, with lots of experiments and dead ends along the way. We?re now making them available to anyone with a computer and an internet connection. It?s a true gift of knowledge to the world.?

The coins are available for study via Rutgers Libraries? online Coins Portal, a part of their RUcore digital repository. Users can browse the coins by denomination, metal, issuer, date, even by the scenes depicted on the coin. The project is part of Rutgers? larger mission to make education and instructional materials as free and accessible to all as possible.

For more on the project, including the history of the Badian collection, please visit the links above.

*Yes, we?re aware that the coins are from the Republic and the fact that Jesus was alive and spouting scripture during the early days of the Empire, but, come on, just give us this one.

**Also, we made it through an entire article about digitizing coins without once mentioning Bitcoin. Impressive, no?