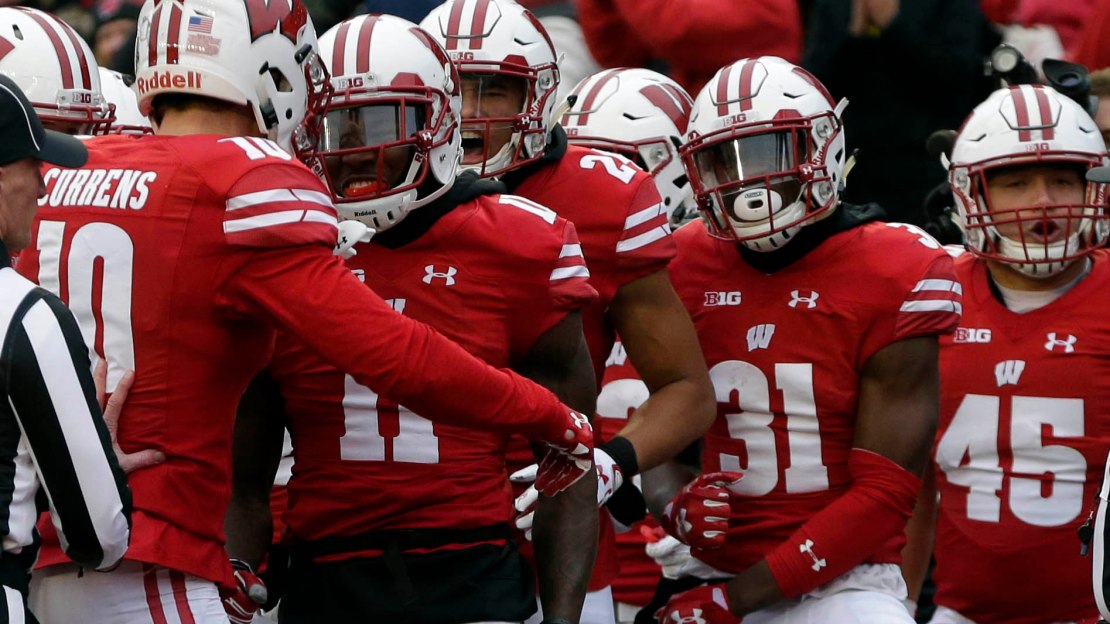 The 2018 NFL Draft is in the books, and 33 former Big Ten standouts were selected, paced by Penn State's Saquon Barkley (No. 2) and Ohio State's Denzel Ward (No. 4).

See all of the final day's picks below.

He has a wonderful story.

He's pretty good at football, too.@IndianaFootball's @greatness_16 is headed to the @Panthers. pic.twitter.com/t8tqoryIOs

"Denver is killing it, by the way, in this draft." – @wingoz

The latest pick to make him say that: @HawkeyeFootball great Josey Jewell. pic.twitter.com/EPkjAwwqI4

.@Traps_5 is headed to the @Redskins! #HTTR #NFLDraft #WeAre pic.twitter.com/mebBtsp9i5

You can take @Nickcityy off your draft boards.

The @MSU_Football OL is heading to the @RamsNFL. #NFLDraft pic.twitter.com/TCTccJm7jV

Regardless, @mohurstjr is off the board, going to the @RAIDERS in Round 5. pic.twitter.com/S6NmtBAmMa

Want a reason to really like your latest pick, @Patriots fans?

#IUFB ?? NFL#ChrisCovington is the first Hoosier LB drafted since 1988. pic.twitter.com/TiqdegDLU0

They call him Three Sack Jack, and @Buccaneers fans are about to find out why.

The first @B1Gfootball QB is off the board, and it's @TannerLee13_.

Make it five @BadgerFootball players selected in the 2018 NFL Draft.

The latest: Leon Jacobs, in the seventh, to the @Jaguars. pic.twitter.com/6whSZuxtdS

Congrats to @NUFBFamily's @J_ManPrime21 on being drafted by the @Chargers. pic.twitter.com/r4kFVWxV6T