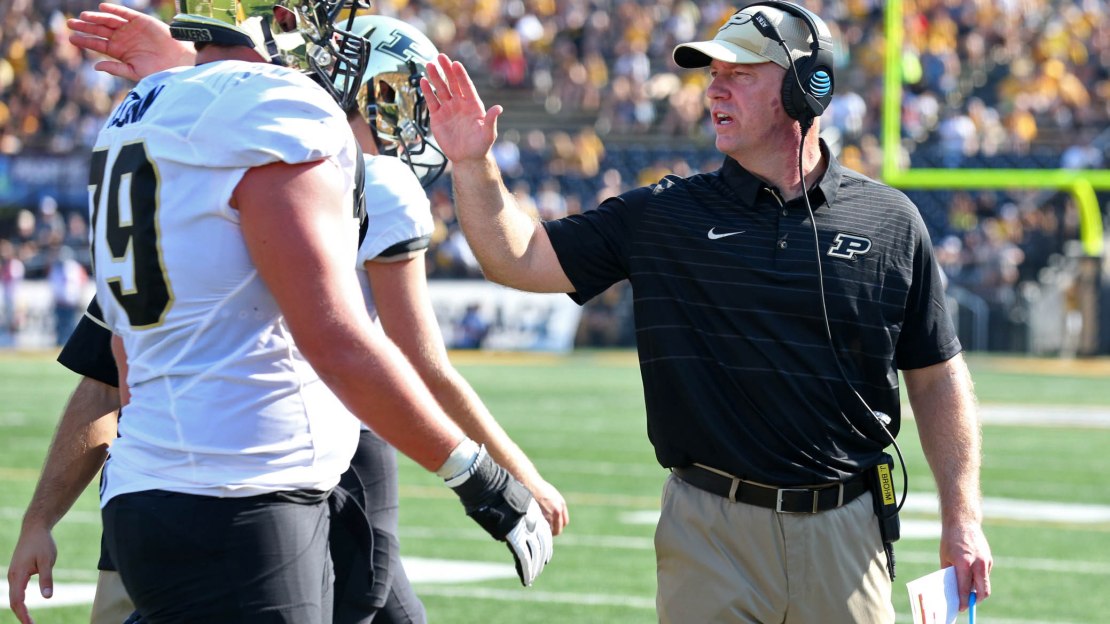 Not long ago, Purdue produced a lot of talent that dotted NFL rosters, thanks to Joe Tiller. Now, few Boilermakers toil in the NFL. You can thank the disastrous Danny Hope and Darrell Hazell eras.

But under Jeff Brohm the talent upgrade has begun. It will take a few years for the talent to matriculate through the program and on to the NFL.

In the meantime, Purdue may not have any players taken in the 2018 draft. LB Ja' Whaun Bentley is a possibility. But the player with the best shot to be selected is DT Eddy Wilson. If either is tabbed, it would figure to be in the seventh-round–at best. The last time Purdue didn't have an NFL pick? It was 1997.

The last three years have seen just one Boilermaker taken each draft-and none higher than the fifth round. The last time Purdue had a pick higher than the third round? You have to go back to 2013, when DT Kawann Short was a second-rounder.

Purdue is known as the "Cradle of Quarterbacks." But just one signal-caller (Curtis Painter in 2009) has been picked since Kyle Orton was tabbed in 2005.

Here is a look at how Purdue has fared in the last 10 NFL drafts.