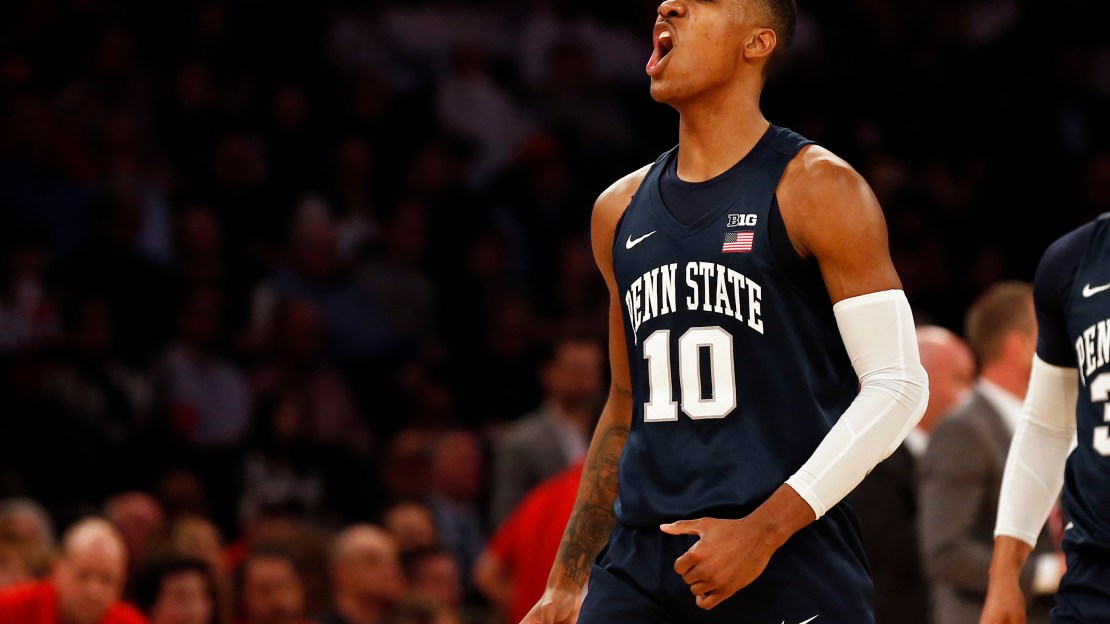 (AP) Shep Garner hit the 3-pointer that brought cousin Flavor Flav to his feet and helped send Penn State on its way to an NIT championship in an 82-66 victory over Utah on Thursday night at Madison Square Garden.

The fourth-seeded Nittany Lions (26-13) also knocked off No. 1 seed Notre Dame in the tournament en route to winning their first NIT title since 2009.

Flavor Flav, member of the seminal `80s rap group Public Enemy, sang along to "Fight the Power" as it blasted in the Garden and had the PSU student section chanting "Flav! Flav! Flav!" as the Nittany Lions pulled away for a program-defining championship under coach Pat Chambers.

Penn State's Bryce Jordan Center has a long-standing reputation as one of the dreariest arenas in college basketball. Penn State fans, from rappers to silver-haired alumni, packed the Garden all the way to the last row of the upper deck.

Penn State football coach James Franklin, who led the program to a Pinstripe Bowl victory in 2014, was in the house. Flavor Flav stole the show a few rows behind the PSU bench. Wearing a backward red cap and T-shirt emblazoned that read "33 Shep Garner," Flavor Flav danced all night in his seat. Flavor Flav popped his T-shirt and raised the roof in the same arena where Public Enemy once tore down the house.

The clutch moment came in the third quarter when Garner – Penn State's career 3-point leader – hit a 3 for his first basket of the game and a 49-41 lead that had the fans going wild.

Reaves hit a crashing layup on a three-point play that stretched the lead to 11 and Stevens wagged his tongue toward the PSU fans on a jumper that helped blow open the game.

Flavor Flav raised an arm in the air when Garner sank a 3 early in the fourth for a 68-49 edge that all but put this one away.

The final minutes certainly put some flava in your ear – half the MSG crowd chanted "We Are!" and the other half bellowed "Penn State!"

Penn State: Stevens reached 1,000 career points and joined Carr as the only sophomores at Penn State to reach that total. … Chambers, a former assistant coach under Jay Wright at Villanova, took over in 2011 and has struggled to find any kind of regular success. The Nittany Lions have never made the NCAA Tournament under Chambers and they'll have just their second winning record in seven seasons. But Penn State's 26 wins are second-highest in program history. The Nittany Lions won a record 27 games in 2008-09.

The NIT was a bit of a mad scientist in the college basketball lab. The game featured four 10-minute quarters. The tournament also implemented the FIBA 3-point line (22 feet, 1.75 inches), NBA-width lane of 16 inches, and a 20-second shot clock following offensive rebounds.