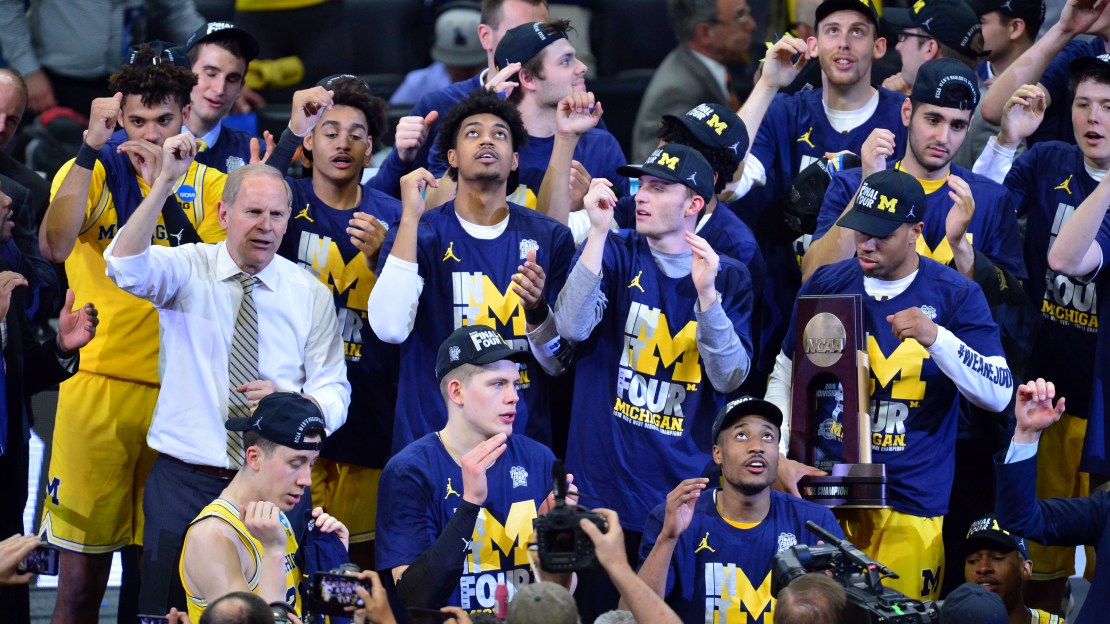 Michigan is headed to the Final Four for the second time in six seasons.

The Wolverines punched their ticket to San Antonio, home of the 2018 Final Four, in a 58-54 win over Florida State in the West Regional Final on Saturday night.

Michigan, the Big Ten tourney champ, has won 13 consecutive games, including a perfect 8-0 postseason clip; it hasn't lost since February 6, two days after the Super Bowl.

The Wolverines will face Cinderella Loyola Chicago on Saturday night in the national semifinals.

See how former Michigan players reacted to their team advancing to the Final Four below.

See you in San Antonio! #goblue

Proud of this team! We not done yet! #HAIL #GOBLUE #FINALFOUR