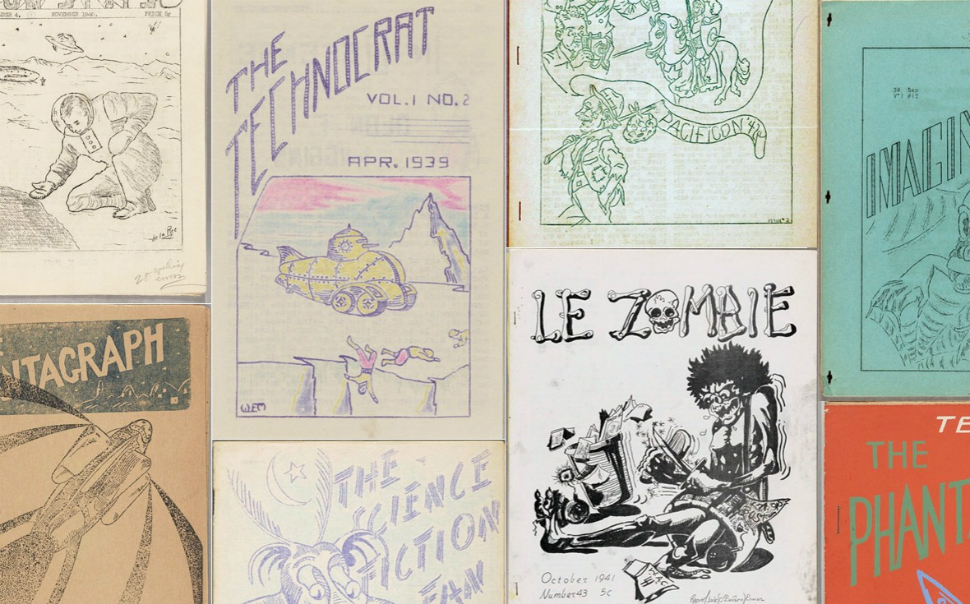 From the Hevelin Tumblr at University of Iowa

And the University of Iowa Libraries are on it.

The Hevelin collection spans decades of science fiction writing and fandom and holds examples of early writing by sci fi greats such as Isaac Asimov, Robert Heinlein, Ray Bradbury, and George R.R. Martin. With documents dating as early as the 1930s, the collection also reveals exchanges between writers and fans.

Iowa?s Libraries are in the midst of a project, begun in 2014, to digitize the entire Hevelin collection. Creating a digital copy helps to preserve these works for generations to come, but in order to make them fully accessible, Iowa wants to transcribe the text and make it searchable.

That?s where you – and thousands of others – come in.

Iowa is asking volunteers to help them with the transcription of these works. As of this writing, 2936 out of 6341 Hevelin collection zines have been transcribed – the collection contains more than 10,000 works. More will become available in the online archives as the digitizing continues.

Zines began as a DIY form for small, but dedicated fanbases. The goal was to make information that was hard to find in mainstream sources as widely available as possible, often at low to no cost. Though the form began in the 19th century, it found a critical mass among science fiction enthusiasts of the 1930s and was also popular among the DIY punk movements of the 1970s and early 1980s as well as the independent/underground music scenes of the early to mid-1990s.

This spirit lives on through Iowa Libraries? DIY History transcription project which has transcribed more than 84 thousand pages so far.

The University of Iowa has long been an innovator in bringing the analog and the digital together. Its Special Collections team (which maintains the Hevelin collection) is practically a small media company with shows on YouTube, an active and vibrant Tumblr and other social media channels documenting their work.

If you?ve ever wanted to see ?an alternate universe cast of New Girl discussing the trivia of Antiques Roadshow in an aesthetic similar to the basement bullpen scenes of Spotlight, watch the video below.