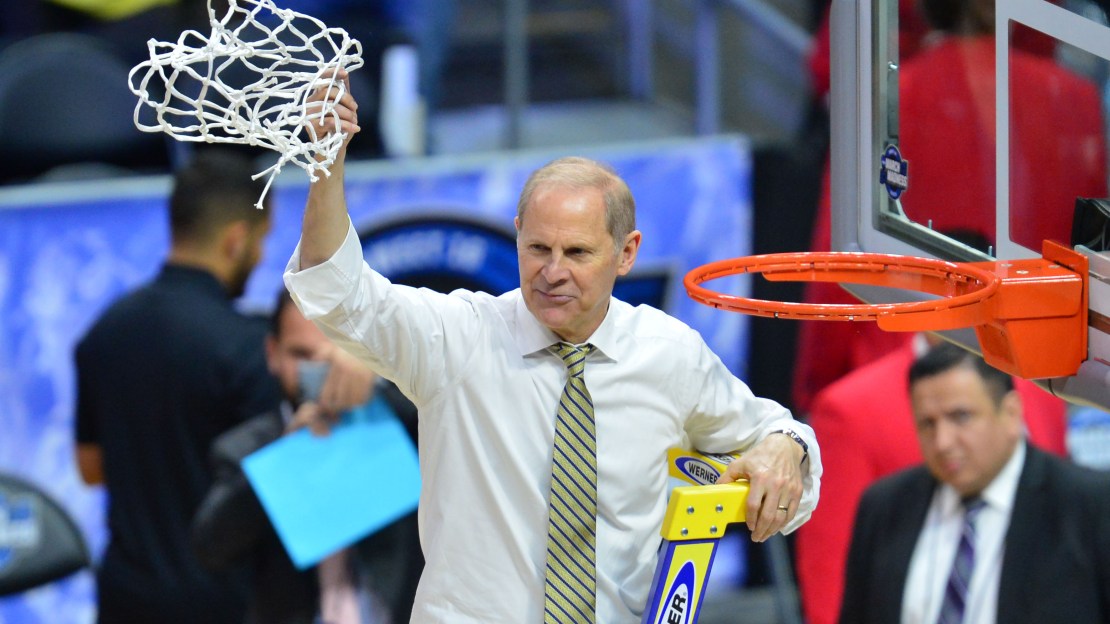 Pack your bags, Michigan! The Wolverines are headed to the Final Four!

A 58-54 win vs. Florida State in the Elite Eight propels Michigan to its eighth Final Four and first since 2013, when the Wolverines lost the national title game to Louisville. It?s crazy to think how close this March run almost ended for Michigan last weekend in the second round vs. Houston, when the Wolverines needed a last-second miracle shot to beat the No. 6 Cougars. Michigan hasn?t looked back, taking down No. 7 Texas A&M in the Sweet 16 before dumping No. 9 Florida State tonight.

There seems to be something magical about this Wolverine squad that finished behind Michigan State, Ohio State and Purdue in the regular season. Late in the season, Michigan caught fire-and it hasn?t relented. Since a loss at Northwestern on February 6, the Wolverines have ripped off 13 wins in a row, winning the Big Ten tourney title and tonight taking down a plucky Florida State club that had defeated No. 8 Missouri, No. 1 Xavier and No. 4 Gonzaga to reach the Sweet 16 for the first time since 1993 and was looking for its first Final Four since 1972. No doubt, Michigan has benefitted from a busted bracket in the West, as it hasn?t had to face a team seeded higher than No. 6 on its way to the Final Four.

Top stat: 32, Florida State?s shooting percentage (16-of-50). Credit Michigan?s defense, which may have been overlooked while some pundits gushed about the Seminoles? suffocating D. The Wolverines made it difficult for Florida State to get on track most of the night. Once again, the Michigan defense leads the way in what has been the theme all season. Point man Zavier Simpson leads the defensive charge.

It was over when: FSU grabbed a one-point lead early in the second half, but Michigan assumed command thereafter and never looked back and led by as many as 10 in the final 20 minutes. The Seminoles stayed close and trailed 56-54 with 24 seconds left. But two subsequent Duncan Robinson free throws iced it for Michigan.

What?s next: Michigan is in the Final Four for the first time since 2013 when it lost the national championship game to Louisville. This will be the Wolverines? eighth Final Four appearance, as they are looking for the program?s second national title after Michigan won it all in 1988-89. The Wolverines will take on a Cinderella in the Final Four in San Antonio when they battle No. 11 Loyola, the fourth 11th seed to make it to the Final Four. VCU (2011), George Mason (2006) and LSU (1986) are the other 11 seeds to reach the Final Four. LSU, George Mason and VCU all lost in the national semifinal game. The lowest-seeded team to win the championship was 1985 Villanova, a No. 8 seed.

SEE YOU IN SAN ANTONIO! pic.twitter.com/anPmxaf7NK