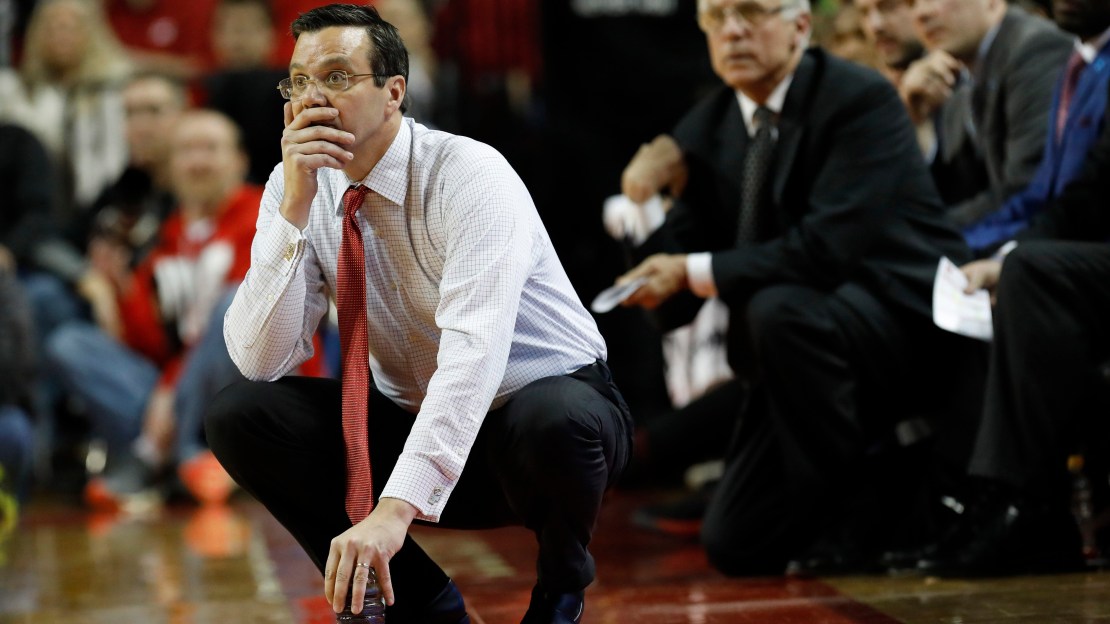 "When you get in a rhythm, everybody knows it and they throw you the rock and you don't think you can miss," Palmer said after scoring 24 of his 26 points in the second half of Nebraska's 70-66 win over Maryland on Tuesday night. "Guys were doing a great job finding me."

Palmer, just 1 for 6 from the field in the first half, was 9 of 13 after halftime and combined with Isaiah Roby for 35 of the Cornhuskers' 40 second-half points.

Palmer scored 15 straight points for the Huskers (20-8, 11-4 Big Ten) over a 10-minute span that ended when Roby hit one of two free throws with 2:57 left for a 64-59 lead. Roby had all 11 of his points in the second half and added 10 rebounds for his second straight double-double. He also blocked three shots.

"James, he got cooking," Nebraska point guard Glynn Watson Jr. said. "That was big. And (Palmer and Roby) both made some plays at the end. Roby did a better job in the second half being aggressive, and that was the key to winning."

Nebraska secured its first 20-win season since 2008. It was the first time since 1993 that the Huskers posted their 20th win in the regular season.

"It's great," coach Tim Miles said, "but we're not planning on stopping here. I've told our guys a week ago that if you counted wins, you've done it wrong. If you think, `Oh, I think we can win 21 or 20 this year,' you need to get your mind free of that and keep playing and keep winning."

The Terps (17-11, 6-9) had a chance to take the lead with a minute to play, but Watson blocked Anthony Cowan Jr.'s 3-point try. From there the Huskers hit six straight free throws after making only seven of their first 13.

"Another tough loss for us on the road," Terps coach Mark Turgeon said. "We keep competing out here and losing by three or four. I thought we were going to get over the hump tonight."

Maryland: The Terps' fading NCAA Tournament hopes might have been dashed with their seventh straight road loss.

Nebraska: The Huskers are resting firmly on the NCAA bubble and absolutely needed this win. They got it, thanks to Palmer and Roby's efforts in the second half.

Watson went over 1,000 career points when he hit two free throws with six seconds left. The junior from Bellwood, Illinois, has 1,001 in 93 career games.

"I haven't been playing that well offensively, so I try to bring it on defense," Watson said. "It means a lot to have 1,000 points, but it doesn't mean anything if we're not winning."

Nebraska has won 11 conference games for just the fifth time in program history. … NU has won a season-high six straight games, all in conference play. The last Nebraska team to win so many in a row in conference play was in 1997-98, when the Huskers won their final six Big 12 games. … Palmer tied a school record with 24 second-half points. … Fernando had a career-high five assists for Maryland. … The Terps held a 40-28 advantage in points in the paint.

Maryland hosts Rutgers on Saturday. It's the teams' only meeting this season.

Nebraska visits Illinois. The Huskers beat the Illini 64-63 in Lincoln on Jan. 15.