Big Ten could have something atop standings it's never had 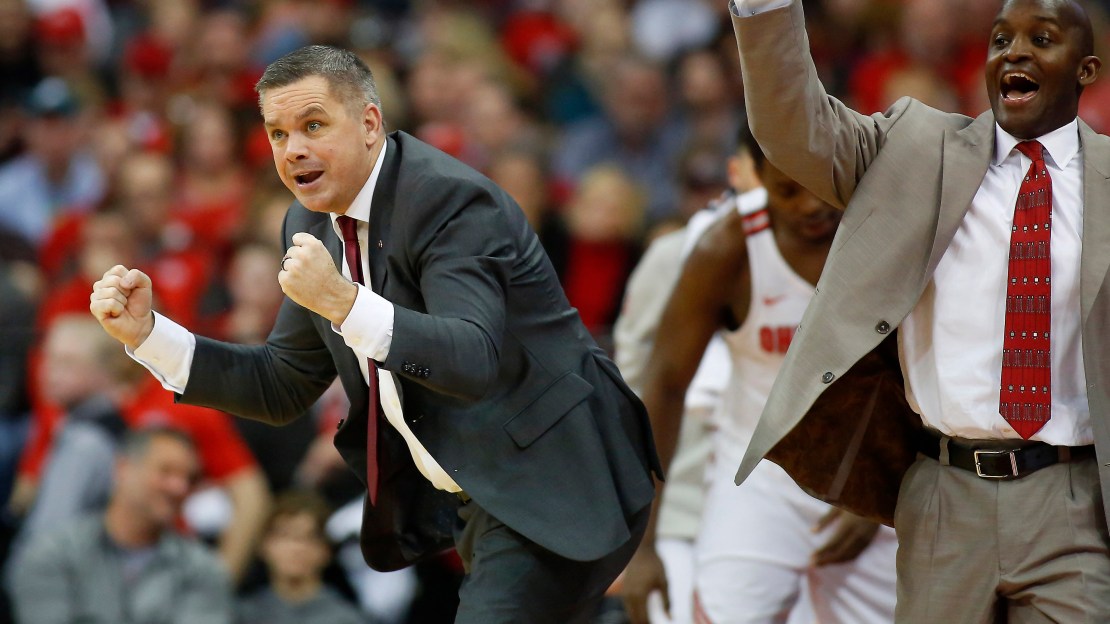 The penultimate week of the Big Ten season is here. And we could be headed toward a three-way tie at the top of the conference between Ohio State, Michigan State and Purdue with each team perhaps having a 16-2 league record.

Ohio State sits on top of the standings with a 13-1 league mark. No school has been a bigger surprise in the nation this season than the Buckeyes. Go ahead and give first-year coach Chris Holtmann Big Ten Coach of the Year honors. He may even be the national coach of the year.

No league team has more impressive wins in the conference than Ohio State, which has won at Purdue and vs. Michigan, Michigan State and Nebraska. But of the three teams in contention for the Big Ten crown, the No. 8 Buckeyes (22-5) have the most potholes to navigate over the last four games of the season.

It begins Thursday with a game at Penn State, a dangerous foe that has won five of its last six and is fighting for NCAA tourney relevancy. Then comes a game at No. 22 Michigan on Sunday. The final week of the season has the Buckeyes playing host to Rutgers and then finishing at Indiana. Long story short, it wouldn't be a shock to see Ohio State lose at least one of its final four tilts. So, if the Buckeyes finish 16-2 in the Big Ten, it wouldn't be a surprise. Even with a Big Ten title, Ohio State looks like a long shot to earn a No. 1 NCAA seed-even with a strong showing in the conference tourney. OSU's ceiling is probably a No. 2 seed.

Then there is No. 2 Michigan State, which is 12-2 in the conference and appears to be hitting its stride. Since an 82-72 loss vs. Michigan on January 13, the Spartans have won eight in a row. The most recent 68-65 win vs. No. 3 Purdue last Saturday is MSU's signature victory, a confidence-inducing triumph that could propel Tom Izzo's squad to great things. And it's not crazy to think Michigan State can finish the regular season riding a 12-game winning streak.

Look at Michigan State's last four games: at Minnesota; at Northwestern;  vs. Illinois; at Wisconsin. So, a 16-2 Big Ten record is looking very possible. Could MSU earn a No. 1 seed in the Big Dance with a league title and Big Ten tourney championship? Probably not, as MSU's ceiling may be a No. 2 seed. But it could be interesting depending on what else happens across the country.

Then there is Purdue. The No. 6 Boilermakers (23-4) saw their 19-game winning streak and first-place lead go away last week when they lost at home to Ohio State and at Michigan State in excruciating fashion. Like Michigan State, the Boilermakers are 12-2 in the conference and have a good shot to win out. This week, Purdue plays at Wisconsin on Thursday and plays host to Penn State on Sunday. The Boilers finish at Illinois and vs. Minnesota in the final week. So, a 16-2 Big Ten record seems very possible for Purdue. If that happens, it likely will sew up a No. 1 seed in the NCAA tourney-especially if the Boilermakers win at least one Big Ten tourney game.