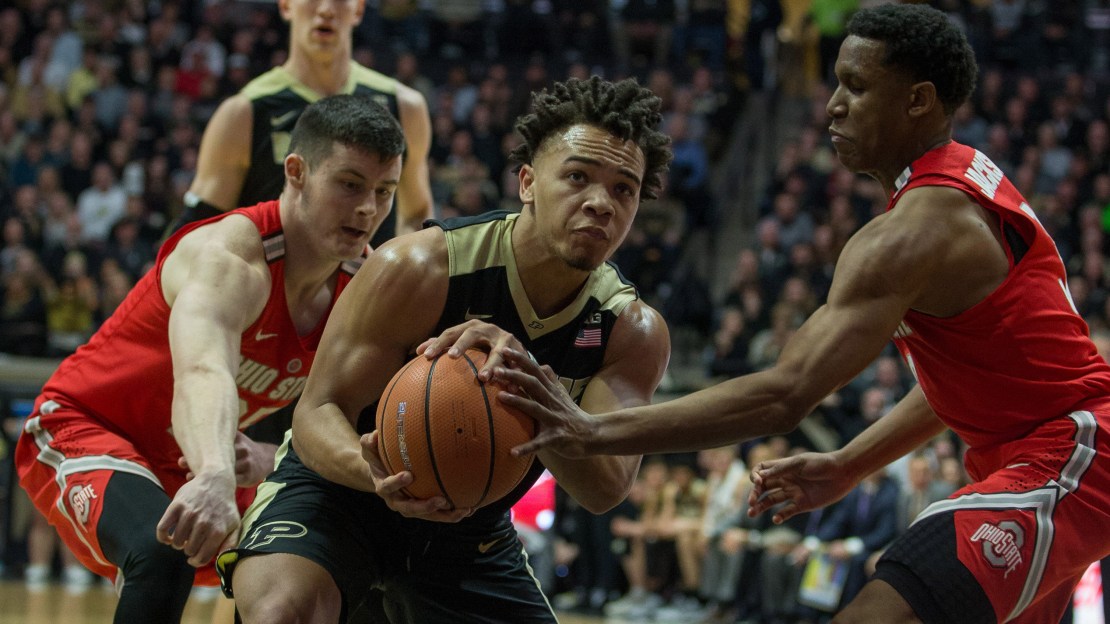 WEST LAFAYETTE, Ind. (AP) Keita Bates-Diop scored 18 points, including the decisive putback with 2.8 seconds left, to give No. 14 Ohio State a 64-63 upset at No. 3 Purdue, ending the nation's longest winning streak at 19 games Wednesday night.

Carsen Edwards finished with a career-high 28 points to lead the Boilermakers (23-3, 12-1), who lost for the first time since Nov. 23. Isaac Haas had 18 points but missed an 8-foot jumper at the buzzer to win it.

But on the Buckeyes' final possession, they grabbed two offensive rebounds – the second being Bates-Diep's putback to win it.

Ohio State: The Buckeyes' come-from-behind victory just turned the Big Ten back into an interesting race. A loss would have left Ohio State two games behind Purdue and down a tiebreaker. Now, the Buckeyes have a share of the lead and own the tiebreaker over Purdue with less than two weeks to go.

Purdue: The hottest team in America just kept finding ways to win – until their shooting touch went awry Wednesday. Make no mistake, Purdue remains one of the nation's best teams and still could win a second straight conference crown. But losing this one, on the same night No. 1 Villanova also lost, hurts.

Purdue: Will try to keep its perfect road record intact at No. 4 Michigan State on Saturday.