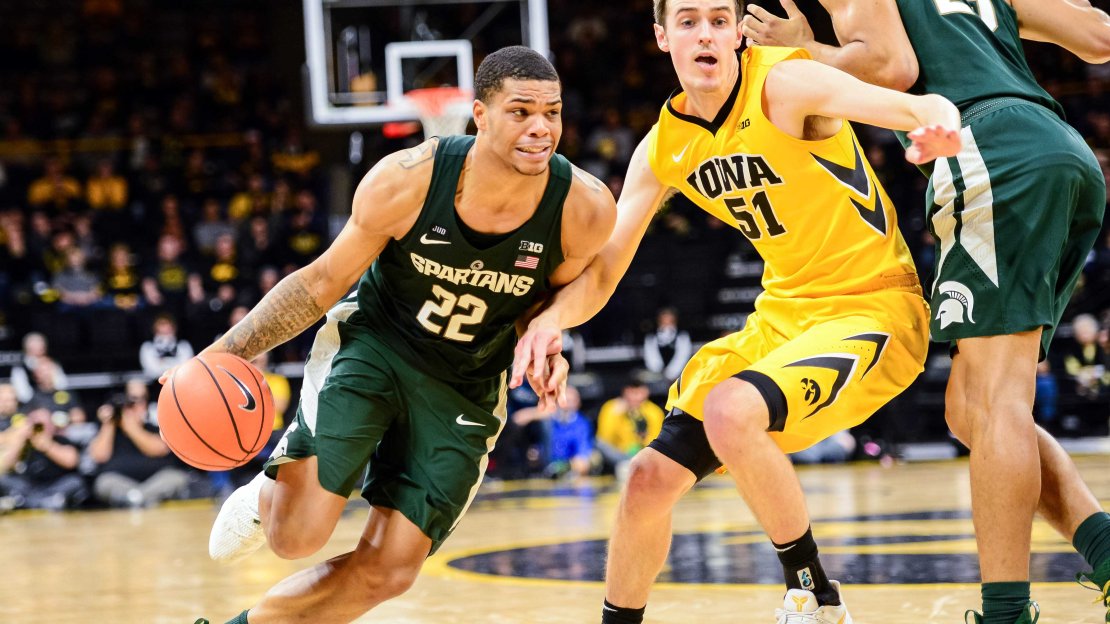 Nick Ward added 17 points and Joshua Langford had 15 for the Spartans (23-3, 11-2 Big Ten). But they got a serious scare from the Hawkeyes in what was supposed to be a tune-up for Saturday's huge home game against No. 3 Purdue.

After trailing by as much as eight, Bridges hit a pair of free throws to give Michigan State a 92-91 lead with 1:02 left. He hit two more from the line to make it a 3-point game.

But Tyler Cook pulled Iowa within 94-93 – and Bridges missed both of his free throws after his big steal with his team ahead by 3. But Nicholas Baer could only muster up a half-court shot for the Hawkeyes, and it bounced harmlessly off the rim.

And yet the team that its fans thought it might see all year suddenly showed up against the Spartans.

Bohannon had 17 on five 3s for Iowa, which clinched its first losing season in the Big Ten since 2011-12.

Michigan State: What is it with the Hawkeyes that can give Michigan State such fits? Iowa beat the top-ranked Spartans by 13 in December of 2015 in Iowa City. Still, a road win in February can never be discounted.

Iowa: This was a major measure of progress for a program that has struggled mightily all year. A win would've been nice, but the Hawkeyes are building for 2018-19 anyway.

Even with a win over Purdue, the Spartans could take a tumble next week.

Michigan State hosts the third-ranked Boilermakers. Purdue plays No. 14 Ohio State, which sits a game back in the Big Ten, on Wednesday.