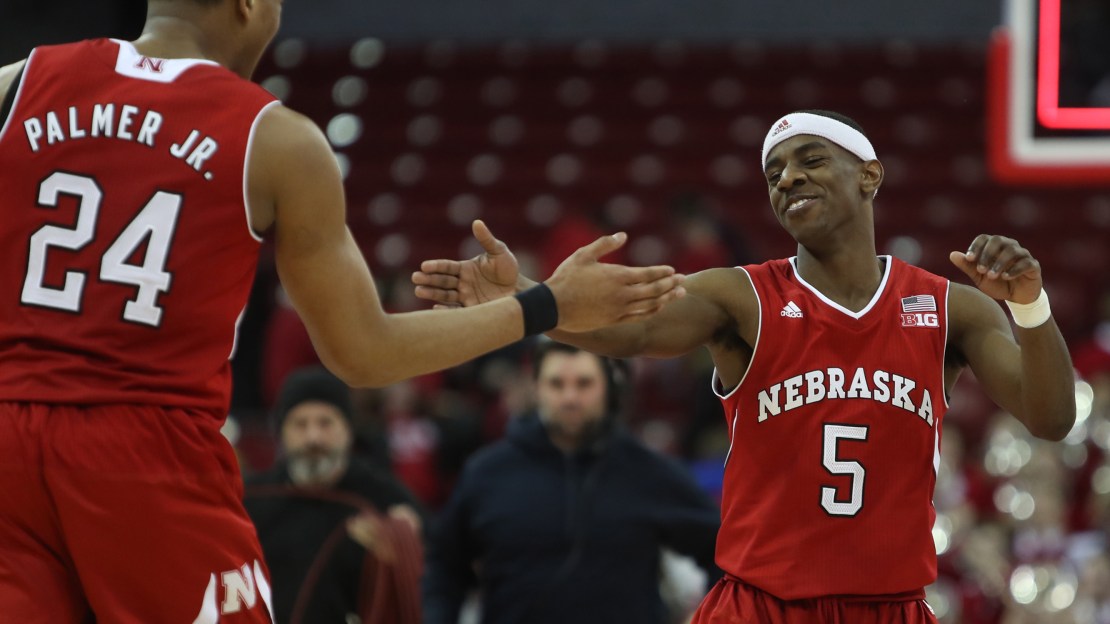 As the season progresses toward the Big Ten tournament, the standings become hard to argue when it comes to the Big Ten Power Rankings, presented by ArcelorMittal.

Early in the conference season, the rankings can be misleading or even fools gold for some. As we enter the final few weeks of Big Ten regular season play, here's how I see it. In some cases, I'm not sure the standings tell the whole story.

1. Purdue (23-2, 12-0). As much as we rave about Purdue, it  has shown that it can be pushed and challenged as a few teams (latest being Rutgers) have been able to push them to the brink. I still feel that the Boilers are the most complete team in the conference, and potentially the country, but they've got a tough week ahead with No. 14 Ohio State at home and then at No. 4 Michigan State. I'm looking forward to being at Mackey for the OSU game on Wednesday. I'm guessing it'll be loud.
Last week: 1

2. Michigan State (22-3, 10-2). I understand Ohio State fans may not be pleased with this, but I have to consider the ceiling of the Spartans when assessing the teams. Michigan State is getting it together but it hasn't been easy. The development of Jaren Jackson Jr. has been remarkable, and I feel as if he'll have a significant impact down the stretch. If this team can get better at taking care of the basketball and making simple plays early, they'll be right back in everyone's final four projections.
Last week: 2

3. Ohio State (20-5, 11-1). The Buckeyes continue to impress in the sense that they have not fallen off in any way. Even as teams are scouting and game-planning against Ohio State, it's always had an answer. It also helps when you have the best player in the conference on your team in Keita Bates-Diop. I am anxious to see them on Wednesday at Mackey against No. 3 Purdue.
Last week: 3

4. Michigan (19-6, 8-4). It's a tremendous compliment when opposing fans dread the thought of playing a John Beilein team late in the season. Even opponents recognize his ability to develop a team throughout the course of the season. I think the Wolverines will be tested against the Northwestern matchup zone, but they have the pieces in place to finish strong.
Last week: 4

5. Nebraska (17-8, 8-4). All the Huskers need to do is win. It's as simple as that. They are clearly at their best when the Nebrasketball Big 3 of Glynn Watson Jr., Isaac Copeland and James Palmer Jr. play well together, however they are going to need others to contribute to close out the season strong. The matchups to close out the regular season against Indiana and Penn State are looking tougher and tougher every day.
Last week: 5

6. Penn State (16-9, 6-6). The Nittany Lions played, arguably, their best and most complete game vs. Iowa this past Saturday. Iowa has had its struggles on the defensive end, but I'm not sure many opponents would have done much better. The Nittany Lions had great energy, they seemed to have fun and the stars (Tony Carr, Lamar Stevens and Mike Watkins) were certainly stars. They are beginning to look how we thought they could look earlier this season.
Last week: 6

7. Northwestern (14-10, 6-6). Whether it was the new defense or the fact that the clock is ticking on the seniors' careers, something seems to have clicked. The matchup zone is disruptive without putting them at risk to give up easy baskets. Chris Collins and crew have a great opportunity vs. No. 20 Michigan on Tuesday night, as the matchup zone could cause problems for the Wolverines' perimeter-based attack.
Last week: 9

8. Indiana (12-12, 5-7). I have been incredibly impressed by the response from guys like Juwan Morgan, Robert Johnson and Josh Newkirk. They cannot get enough credit for remaining positive throughout the process. This no longer looks like the same team that lost to Indiana State and Fort Wayne. They are competing with passion and doing it with Morgan and Freddie McSwain at the 5. The team on the floor is resembling the personality of their coach.
Last week: 7

9. Maryland (16-9, 5-7). The Terps have not looked bad this season. They have simply had a tough time figuring out who they are without Justin Jackson and Ivan Bender, and how they're going to pull out a victory when the game is close. It's hard to avoid relying on Anthony Cowan and Kevin Huerter too much, but the balance of this team took a huge hit when Jackson went out. The Terps will have to be locked-in on defense when they head to Penn State on Wednesday.
Last week: 8

10. Illinois (12-12, 2-9). Some may wonder where I'm going with this but I see a lot of really good things in this Illini program. It is certainly a program heading in the right direction. The decision-making has improved and the intensity has been much more consistent over 40 minutes. They've got a tough schedule to close out the season, but of the teams (10-14) toward the bottom of the standings, I think the Illini look to be the most dangerous and disruptive.
Last week: 14

11. Minnesota (14-11, 3-9). The Gophers fought hard to break a four-game losing streak but couldn't get it done in overtime at Michigan. With all that has gone on this season, with injuries and suspensions, it will be interesting to see how the Gophers finish the season. With Dupree McBrayer, Jordan Murphy and Nate Mason, you've got scorers and playmakers. Balance without an inside presence will be a challenge.
Last week: 10

12. Iowa (12-13, 3-9). Seeing the Hawkeyes in person reminds me of how good they could be. They have so many different yet complementary pieces. Not being able to get stops and rebounds, which in turn starts their break, has made everything difficult. The playmakers are there, but their true strength is in their ability to get out and run and get into movement through transition. They will continue to struggle until they're able to sure up stability on the defensive end.
Last week: 13

13. Wisconsin (10-15, 3-9). The Badgers are limited this season. We knew that was going to be the case going in, considering what they lost from last year's roster. Not having D'Mitrick Trice and Kobe King just puts more pressure on role players to play a more significant role than expected. Ethan Happ has been terrific, but I can imagine the season has been frustrating for him. Every game has to be building toward something better for this team to maintain confidence in both the system and the process.
Last week: 11

14. Rutgers (12-13, 2-10). The Scarlet Knights refuse to become a consistent performer. They are so close and I know the messaging of persistence, discipline and fearlessness from Steve Pikiell and his staff is going to begin to settle in. Not having Mike Williams is huge. That cannot be said enough because of what he did in terms of the intangibles and leadership. That being said, after losing badly to PSU and Illinois, Rutgers showed us why we need to maintain our excitement in the direction of the program by nearly beating No. 3 Purdue.
Last week: 14