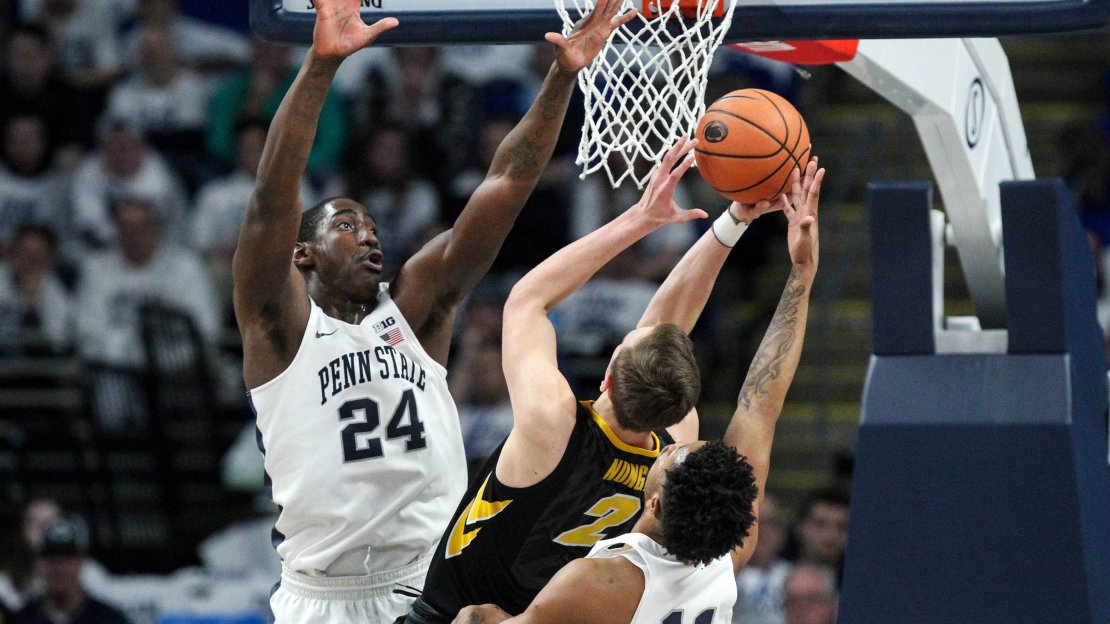 Penn State seized control early when a dunk from Watkins with 12:39 left in the first half turned a 14-all tie into a 33-14 run. Carr fueled it with 12 points while Watkins had eight during the stretch to give Penn State a 47-28 halftime lead.

Shep Garner hit his third 3-pointer to open the second half and Iowa trailed by as many as 25 and got no closer than 14 the rest of the way.

Iowa: The Hawkeyes' continue to struggle on the road where they're 1-7 overall. That includes a 1-5 mark in enemy Big Ten arenas where the Hawkeyes have fallen by double figures each time. They'll play three of their final six on the road.

Penn State: The Nittany Lions had been in a similar position numerous times this season where seemingly comfortable second-half leads slipped away and turned into losses. It's happened at home and on the road, recently when the Nittany Lions led No. 5 Michigan State by 12 with 15:23 left. If Penn State can continue to finish teams like they did Iowa, the program's best Big Ten finish in coach Patrick Chambers' seven years should be easily attainable with six games left.