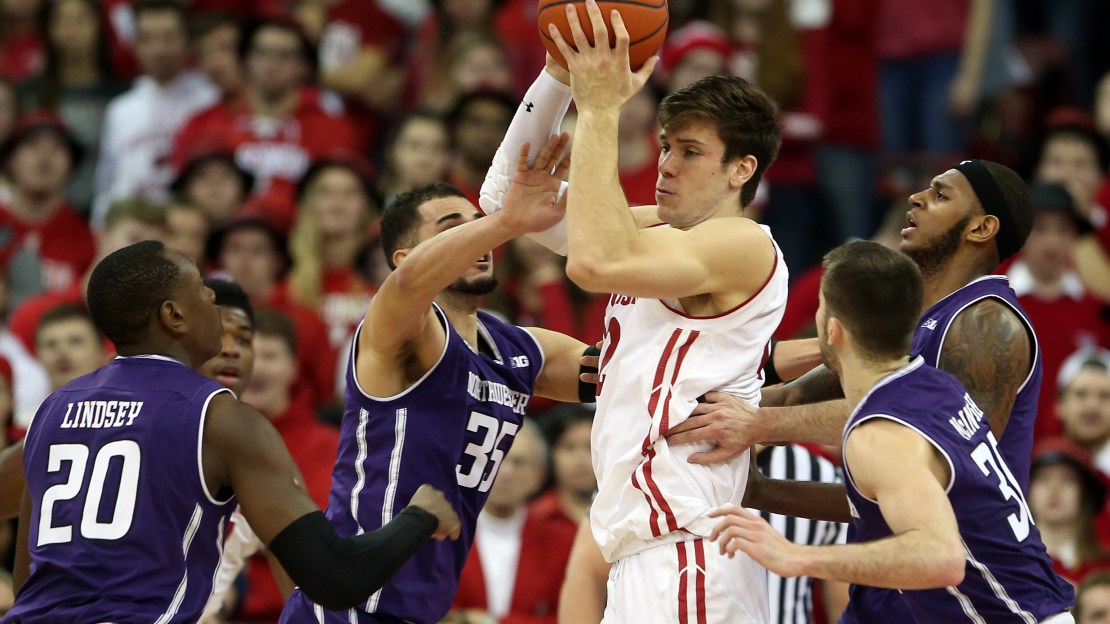 But what started as a runway slowed down into a miss-filled mess that allowed the Badgers to hang around in the second half.

Northwestern went 8 of 8 from the foul line to hang on after Aleem Ford's 3 with 1:21 left got Wisconsin within 52-46. Ford finished with 12 points.

Khalil Iverson had 15 points and nine rebounds for the Badgers (10-14, 3-8), who have lost four straight games and seven of their last eight.

Northwestern held Badgers star forward Ethan Happ to 6 of 13 from the field and 14 points.

Wisconsin did manage to get within two possessions late in the game after playing more active defense and keeping the Wildcats off the glass during an ugly second half for both schools.

The teams combined to shoot 15 of 52 after halftime, including 5 of 18 (28 percent) for Northwestern.

But the game-opening run gave the Wildcats a comfortable cushion the rest of the night.

Northwestern attacked the basket and held Wisconsin without a field goal until Brad Davison's 3 with 13:38 to go in the first half. Davison finished with 11 points.

Subjected to another healthy dose of double teams, Happ had four of Wisconsin's eight first-half turnovers.

Northwestern: Bryant McIntosh's assist on Lindsey's 3-pointer with 15:59 to go in the first half allowed the senior to pass Illinois' Dee Brown for seventh place on the conference career list. The assist also allowed Lindsey to join Michigan's Gary Grant and Illinois' Demetri McCarney as the only players in Big Ten history with 1,650 points and 675 assists. … The Wildcats' three-game road swing is their longest in league play since the 2002-3 season.

Wisconsin: Iverson continued his midseason surge after entering the night averaging 13 points in his last four games. The 6-foot-5 forward can find holes along the baseline and maneuver his athletic frame for buckets when Happ gets double-teamed.

Northwestern: Hosts Michigan on Tuesday for the Wildcats only home appearance in a six-game stretch.

Wisconsin: At Maryland on Sunday to begin a two-game road swing.