"Waste Not" proves to be a winning formula for Ohio State: BTN LiveBIG 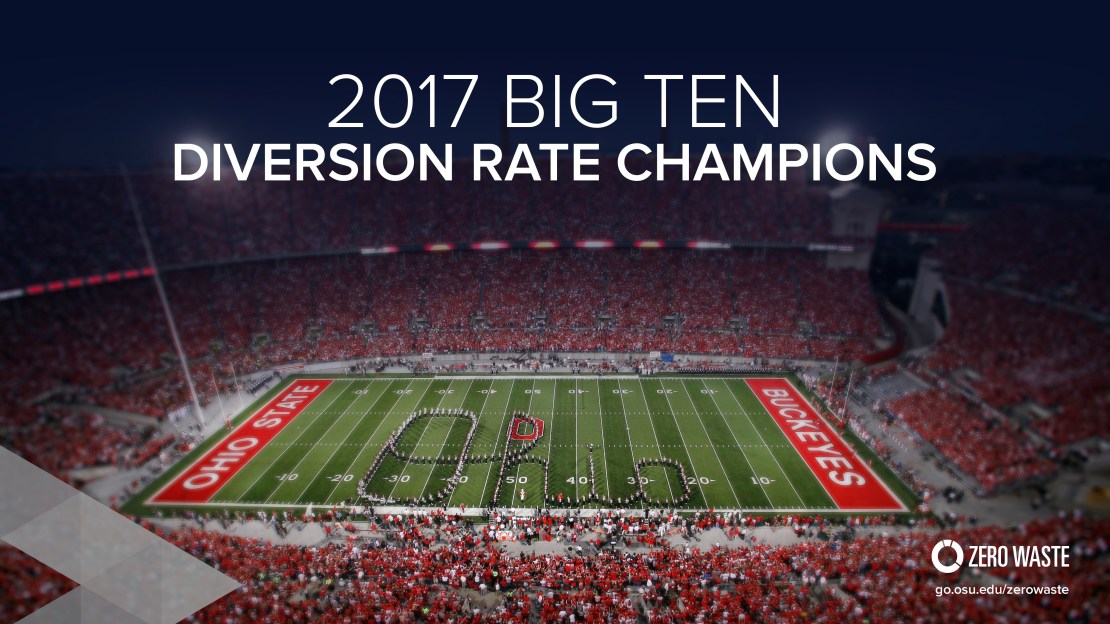 Ah, the sights and sounds of a college football game: the roar of cheering fans, the quarterback's calls, the precision formation of that big brass band, the face paint, the foam fingers, the? garbage.

Yes, of course, for all the fun, live sporting events are a messy affair. At the end of the day, trashcans overflow with nacho trays and discarded programs, the seats and aisles are littered with peanut shells and sticky soda cups and the municipal dump groans under the weight of another heavy load.

But this common scenario could soon be a thing of the past thanks to a nationwide initiative called the GameDay Recycling Challenge. The program pits colleges and universities across the US against each other in an effort to see which school can reduce, recycle or otherwise divert the largest amount of their stadium waste away from landfills.

For the sixth consecutive year, The Ohio State University has led the Big Ten in the competition, diverting the largest single-game amount of waste in 2017 with 94.2 percent of stadium refuse kept out of the dump.

Speaking to the Ohio State news service, Tony Gillund, sustainability manager for Ohio State's Facilities Operations and Development (FOD), says that the GameDay Challenge is indicative of the Buckeyes' larger commitment to reducing their ecological footprint.

"We are proud that the efforts of our zero-waste team continue to deliver positive results," said Gillund. "Sustainability is a focus campus-wide as we work toward our university goals, including achieving zero waste on campus by 2025."

At Ohio Stadium, a variety of steps, from maximizing compostable and recyclable materials used to installing zero waste stations, have been taken to ensure that the lowest amount of refuse possible is sent to area landfills. During games, 35 area high school students are employed to educate fans about how to properly dispose of their trash. Afterwards, the Ohio State Navy ROTC combs the stands collecting and sorting the detritus.

To put this all into perspective, for the 2017 football season, Ohio Stadium produced 12.55 tons of solid waste that went to landfills, which pales in comparison to the 92 tons of recycling and compostable materials collected. And for every game, nearly one ton of aluminum was salvaged for recycling.

For more on the Buckeyes' efforts to go green at Ohio Stadium and across campus, check out the full Ohio State article here.