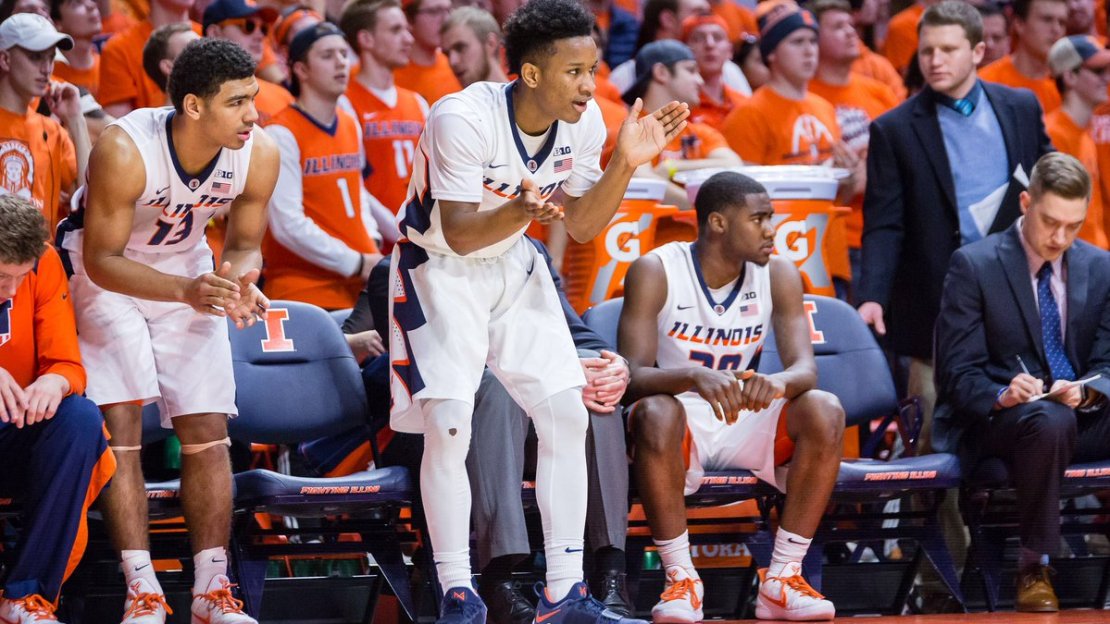 CHAMPAIGN, Ill. (AP) Kipper Nichols scored 19 points and Trent Frazier had 17 points to lift Illinois to a 91-60 victory over Rutgers on Tuesday night.

In just the second start of his career, Nichols also recorded a team-high six rebounds and team-high three steals.

Frazier had the hot hand early, ripping off a personal 9-0 run in the first half to put Illinois (12-11, 2-8 Big Ten Conference) in the driver's seat. He scored 15 points in the opening period on five 3-pointers. He has scored in double figures for six consecutive games, averaging 17.7 points during that stretch.

Illinois pressured the ball all night, scoring 37 points off 25 turnovers by Rutgers. The Illini also outscored the Scarlet Knights 11-5 in fast break points.

Rutgers (12-12, 2-9) entered the contest averaging a Big Ten-worst 66.7 points per game and it showed. The Scarlet Knights went roughly 10 minutes in the first half without a made field goal and shot just 42.2 percent from the field.

Corey Sanders is Rutgers' leading scorer, but he struggled for the second consecutive game. He was held scoreless last week against Penn State and followed it up with a 10-point performance against Illinois. Over his last two games he has made just three shots on 19 attempts.

Geo Baker led the Scarlet Knights with 19 points, while the Illini had five players score in double digits.

Rutgers has now lost 11 straight conference road games and has won only one since joining the Big Ten in 2014.

Illinois: Nichols started for the first time this season and made the most of it. Leron Black and Frazier have carried the scoring load for most of the season, but over the last few games Nichols has emerged as a legitimate third option.

Rutgers: The Scarlet Knights only recorded six assists against the Illini and will continue to struggle in conference play if they don't find ways to get other players involved.

Illinois will hit the road and face No. 17 Ohio State on Sunday. The Buckeyes are led by Keita Bates-Diop, who is averaging a Big Ten best 19.9 points per game.

Rutgers returns home to face No. 3 Purdue on Saturday. The Boilermakers are 10-0 in Big Ten play.