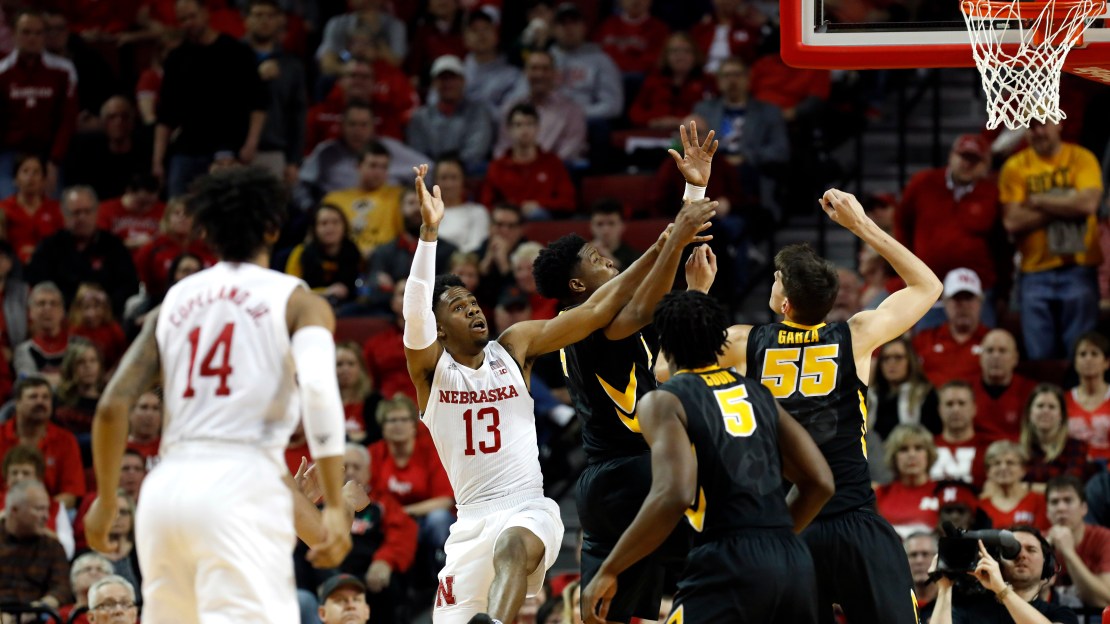 (AP) James Palmer Jr. scored 28 points, Isaac Copeland added 23 points and 11 rebounds and Nebraska pulled away from Iowa in the second half for a 98-84 win Saturday night.

Jordan Bohannon and Tyler Cook each had 24 points to lead the Hawkeyes.

Iowa got within 56-54 early in the second half, with Bohannon scoring seven quick points, 6-foot-11 freshman Luka Garza making a 3-pointer for his first basket of the game, and Ahmad Wagner scoring on a layup to make it a two-point game.

But Palmer started a decisive 15-4 run that broke open the game again. He made back-to-back 3s and scored nine points during the spurt.

Garza, after making his first 3, tried another one a minute later and only hit backboard. After a couple Iowa turnovers and a foul on Nicholas Baer, Nebraska was in control.

Isaiah Roby added 17 points and eight rebounds for the Huskers.

Iowa: The Hawkeyes have struggled on defense all season and came in allowing 82.6 points per game against Big Ten opponents. Saturday was their worst performance. They gave up a season-high 98 points and allowed Nebraska to shoot an opponent season-best 57.7 percent and make 6 of 8 3-pointers in the second half and 11 of 19 (57.9 percent) for the game.

Nebraska: Palmer has been on a tear the last five games, averaging just under 25 points, and big man Jordy Tshimanga scored a season-high 11 points.