Here are Friday's developments from the Michigan State scandal 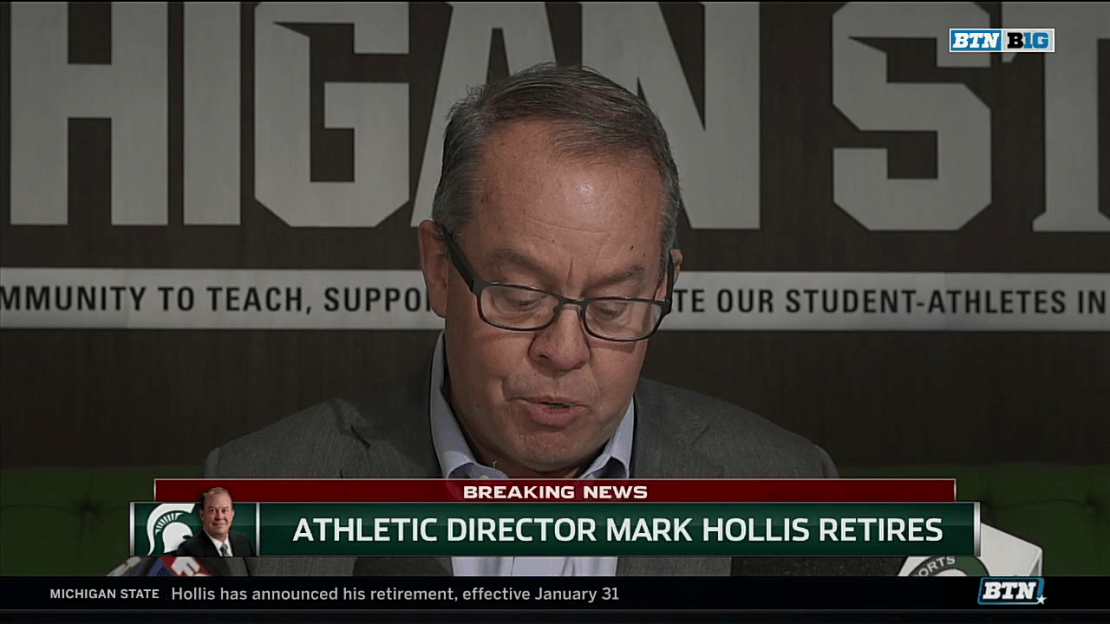 Friday's developments in the wake of the ongoing Larry Nassar scandal at Michigan State included the school's athletic director stepping down, the school's Board of Trustees offering apologies and head football coach Mark Dantonio and head basketball coach Tom Izzo addressing the media.

Midday Friday, the Michigan State Board of Trustees held a meeting that was carried on BTN. Watch the full meeting here. Board members took turns issuing statements to the emotional room, with some holding back tears. Chairman Brian Breslin issued a statement and laid out next steps for the university.

Then, Board members Dan Kelly and Mitch Lyons issued emotional personal statements regarding the unfolding situation.

"I am committed as a Board Member … to make sure we never forget what those young women said over the last couple of weeks."

– Michigan State Board of Trustees member Mitch Lyons makes a statement at Friday's Board meeting. pic.twitter.com/wgVQB70PgY

On Friday evening, the Big Ten Conference issued the following statement regarding the developments at Michigan State:

Moments ago, Michigan State head football coach Mark Dantonio made a statement regarding allegations against the football program. pic.twitter.com/dXS9HrTt62

We'll give further updates as they become available.