Dot Commentary: Who is the Big Ten basketball Coach of the Year so far? 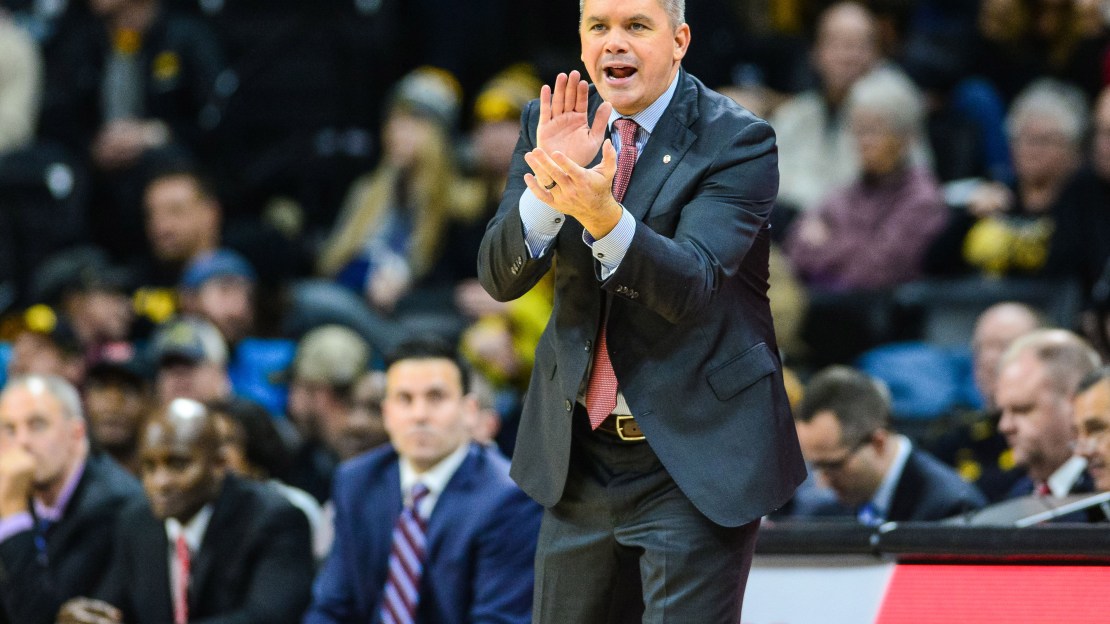 We're over halfway through conference play, and the level of basketball reached a crescendo Thursday night in the Big Ten.

As we pondered our weekly Dot Commentary debate topic, an unbelievable night of hoops unfolded. First, No. 3 Purdue held off a valiant effort from No. 25 Michigan for a 92-88 win in a game where the number of lead changes was only challenged by the number of three-pointers the teams combined to pour in.

Then, Penn State and No. 13 Ohio State provided the encore with likely the best finish to a game you'll see all year, as Tony Carr and Keita Bates-Diop traded final blows, with Carr getting the last laugh. The result was a 82-79 Nittany Lion upset. Take a look at this bonkers finish at Value City Arena:

Tony Carr and Keita Bates-Diop were unstoppable down the stretch, and Carr had the final answer for @PennStateMBB at the buzzer to seal the upset over No. 13 Ohio State: pic.twitter.com/aoDBprnPRG

Fittingly, our question for BTN.com's Tom Dienhart and Alex Roux this week features coaches from the phenomenal two games Thursday night, and the question is as follows:

Who is the Big Ten basketball Coach of the Year so far?

Too often, this award goes to the coach whose team performs better than pundits expect. That guy this year is Ohio State?s Chris Holtmann. Kudos to him. But in many respects, it is more difficult for a coach to deliver on high expectations. And that?s exactly what Painter is doing in West Lafayette. There is no sneaking up on anyone for Painter and Purdue. The Boilermakers began the year picked by most to be a top-four team in the Big Ten. And, Painter has over delivered on expectations, even though his Boilermakers have been a team with a target on its back all season.

Making the work of Painter even more impressive is the fact he is excelling without Big Ten Player of the Year Caleb Swanigan. That?s right: The Boilers are without the best player in the conference … and they are even BETTER! In fact, they just picked up their 16th consecutive win Thursday with a victory over No. 25 Michigan, a streak which ties a program record. That, my friends, is the sign of a good coach. And Painter is the Big Ten?s best this season. Case closed.

I was no philosophy major, but a quick Google search of the Occam's Razor rule seems to apply when making this pick. Holtmann might be considered the simpler prediction of who will win the award partly because media usually picks the rising newcomer over the steady, consistent presence. But this award for Holtmann will be well-deserved when he wins it–and he will win it barring a disastrous collapse down the stretch for Ohio State.

BTN analyst Jon Crispin explained Thursday on the Take Ten Podcast I host for BTN (shameless plug–his quote starts at 11:00) why what Holtmann has done is so impressive, calling it "unprecedented". Immediate turnarounds rarely happen following a leadership change, and when you consider Holtmann arrived in Columbus in June following the program's abrupt parting with Thad Matta, the results we've seen are even more astonishing. New coaches usually arrive in April, but Holtmann has managed to take a roster from a 17-15 team last season and install his system nearly seamlessly on short notice with this year's squad (18-5 overall, 9-1 B1G). He even led the Buckeyes to a win over No. 1 Michigan State on Jan. 7.

Sure, Ohio State lost a heartbreaker Thursday night to Penn State, but they were bound to drop one eventually. In fact, the way that game played out made me buy in even more to what Holtmann is doing. Led by Keita Bates-Diop draining ridiculous threes, the Buckeyes erased a late 13-point deficit with a resiliency we didn't see out of last year's Buckeyes. Holtmann has these guys playing hard, smart basketball, and the circumstances surrounding the turnaround prove to me he's Big Ten Coach of the Year.