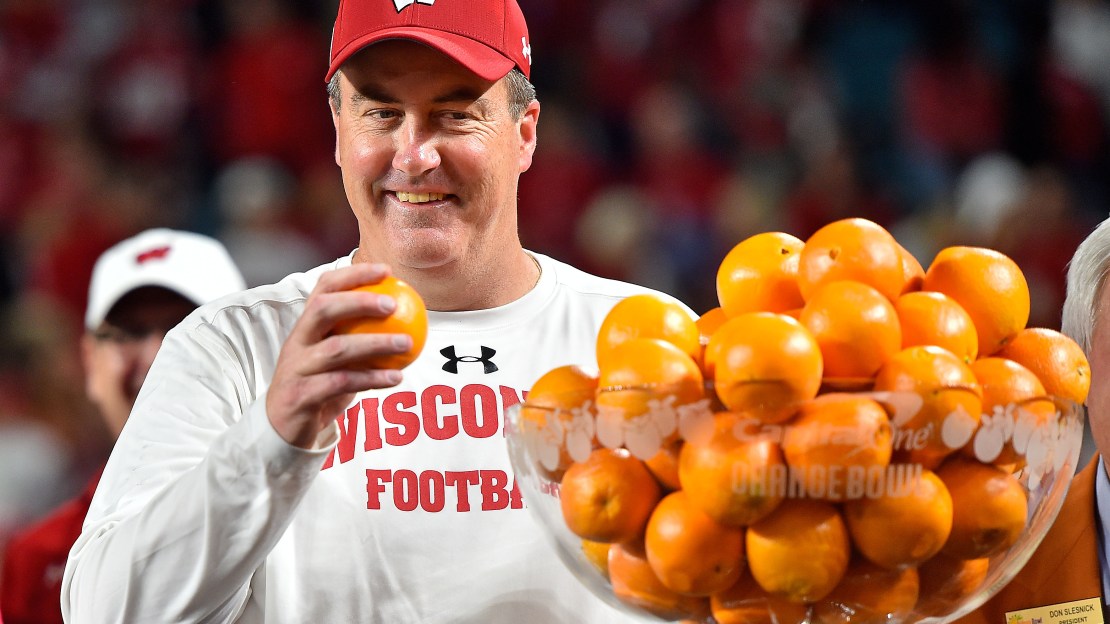 The beat goes on in Madison, as Wisconsin continues to be one of the best teams in the Big Ten-and America. Credit Paul Chryst, who has guided the Badgers to the Big Ten title game each of the last two years and has gone 34-7 overall and 22-4 in the Big Ten in three seasons at his alma mater.

The offense was balanced, as the Badgers ranked No. 3 in the Big Ten in scoring (33.8 ppg) and No. 3 in total offense (415.0 ypg). Once again, the attack was led by a strong rushing game that was No. 3 in the league (203.1 ypg). Freshman running back Jonathan Taylor was an instant star, while QB Alex Hornibrook continued to develop throwing to an underrated unit of wideouts. And the line? Well, it was a typically massive and powerful Wisconsin front.

But it was the defense that made Wisconsin special. The Badgers finished No. 1 in the Big Ten in scoring defense (13.9 ppg) and No. 1 in total defense (262.1 ypg). The rushing defense (98.4 ypg) was No. 2 in the conference. From front to back, there was nary a weakness for coordinator Jim Leonhard's unit.

Here are the top five players the Badgers must replace.

OLB Garret Dooley. He finished with 41 tackles, including a team-high 12 TFLs and 7.5 sacks. Dooley was an active force and the ultimate playmaker for an outstanding defense. He was named second-team All-Big Ten by the coaches and third-team by the media.

TE Troy Fumagalli. A former walk-on, he led the team with 46 grabs for 547 yards and four TDs en route to being named Big Ten Tight End of the Year. Fumagalli leaves campus with 135 career catches for 1,627 yards and seven TDs, earning first-team All-Big Ten honors from the coaches and second-team from the media.

CB Nick Nelson. In his only season at Wisconsin following his transfer from Hawaii, Nelson was a star. A big, physical corner, Nelson made 35 tackles with a team-high 21 passes broken up, which ranked No. 2 in the league. He also doubled as a punt return man, averaging 8.6 yards per return with a TD. Nelson was consensus first-team All-Big Ten.