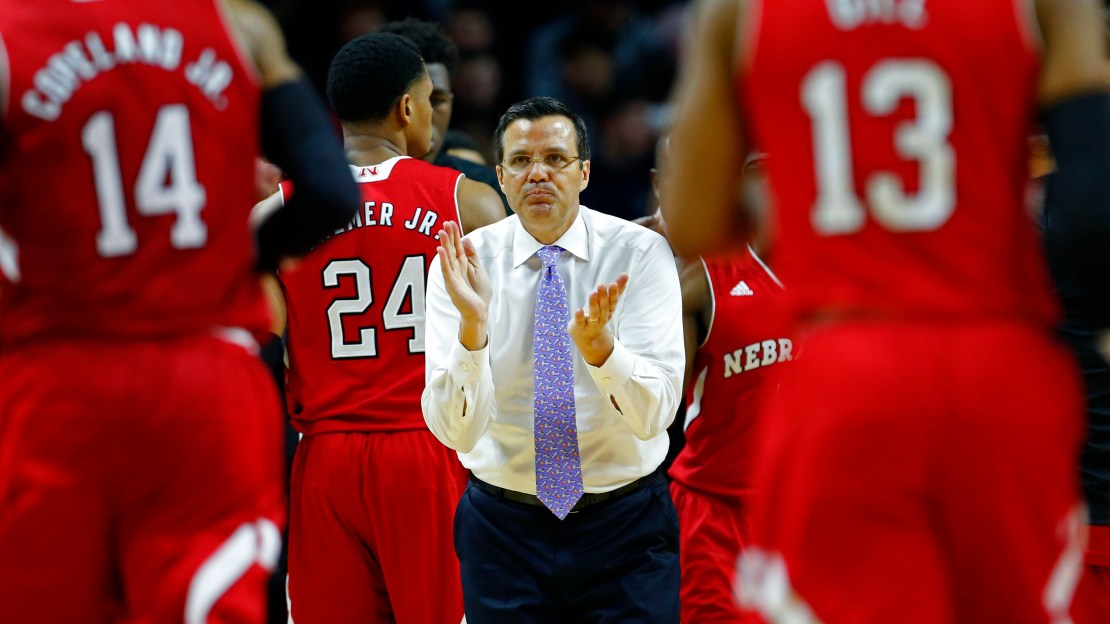 PISCATAWAY, N.J. (AP) For all the scoring that Isaac Copeland did against Rutgers, it was one of the little things that gave Nebraska a much-needed road win.

Copeland scored 23 points and came up with a clutch rebound in the final minute to lead Nebraska to 60-54 victory Wednesday night.

Copeland's rebound of a missed 3-pointer by James Palmer Jr. with 54 seconds to play and the Cornhuskers ahead by two points allowed Nebraska to take time off the clock and led to a layup by Glynn Watson Jr. with 29 seconds that all but sealed the game.

"That was big for us," said Copeland, who hit 9 of 15 shots from the field, including 3 of 5 from long range. "They had the momentum. Palmer got a good shot and he missed it and I got the rebound. Put a fresh 30 on the clock, so it was big for us.

In a game where Rutgers came up a possession or two short, coach Steve Pikiell felt the rebound was a difference maker.

"Huge," Pikiell said. "Huge. We did a good job. We wanted him taking 3s and not driving it. A long rebound on the 3 and we can't secure it. There were a couple of guys around the ball, too. Every possession is huge in a one-possession game."

Palmer added 18 points and Watson Jr. made two clutch layups in the final 2:30 as the Cornhuskers (15-8, 6-4 Big Ten) won their second road game of the season.

Corey Sanders had 14 points to lead Rutgers (12-10, 2-7) but he also was called for an offensive foul on a drive with the Scarlet Knights down by four with 14 seconds to play. Geo Baker and Deshawn Freeman added 10 apiece. Freeland also had a game-high 10 rebounds.

The 23-point performance was Copeland's second-best game since transferring from Georgetown.

"Isaac is building confidence in his entire game," Nebraska coach Tom Miles said. "It's a completely different system in what he is accustomed to. He likes certainty. There is some much uncertainty in the motions and reads and all that stuff. But I think he is doing better and better and better and is more comfortable fitting in and that grows confidence."

Palmer hit a 3-pointer and Copeland made a three and slammed home a rebound in an 8-0 run early in the second half that gave the Cornhuskers a 41-32 lead with 13:23 to play. They would score three baskets the rest of the way but hung on because Rutgers struggled just as much, finishing the game 22 of 65 from the field, or roughly 34 percent.

"Neither of us, the two teams, are juggernauts offensively. We're not going to pretend we're the Warriors," Miles quipped.

Nebraska: The Cornhuskers were picked to finish 13th in the league. Their 15-8 record is tied for the best in the program since the 2010-11 squad had the same mark after 23 games. Keep it up and they might get back the NCAA tournament for the first time since 2014.

Rutgers: The Scarlet Knights have struggled shooting all season and it hurt them again. Sanders, Baker and Freeman are the Big 3 and they were a combined 13 of 38 from the field. Starter Issa Thiam was 1 of 10, 0 for 7 from long range. That's 14 of 48 shooting from four of the five starters. Mamadou Doucoure was 2 of 3 from the field.