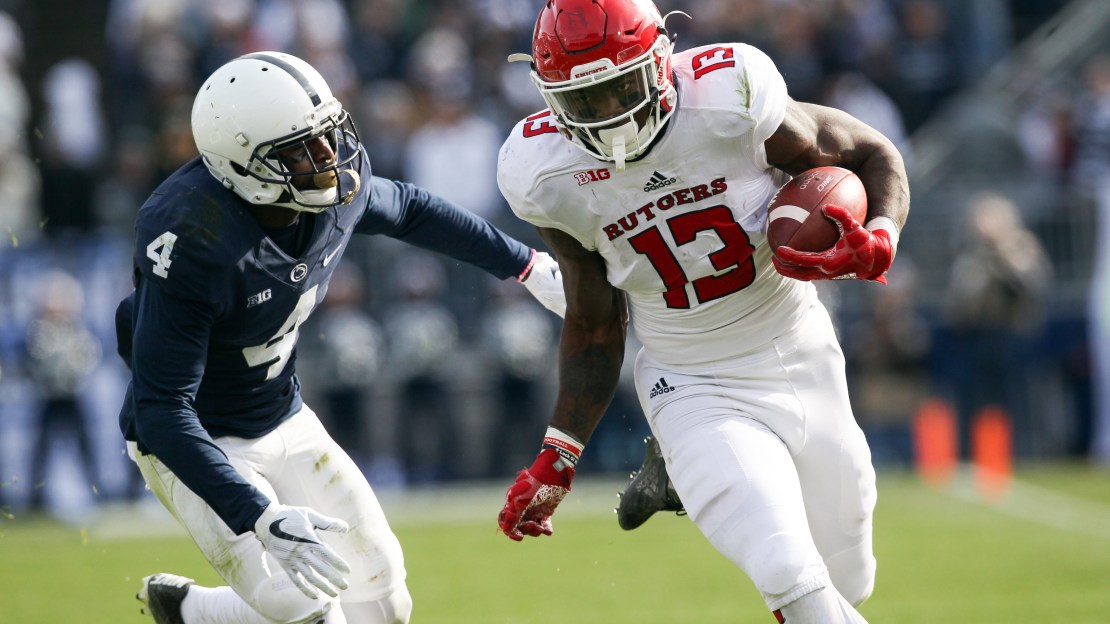 The building process continued for Chris Ash in his second season at Rutgers. No doubt, progress was made in 2017, as the Scarlet Knights improved from 2-10 (0-9 in the Big Ten) in 2016 to 4-8 overall (3-6 Big Ten) last season. But work remains to be done for a program that teems with potential.

The offense struggled mightily all season, as Rutgers ranked 13th in the Big Ten in scoring (18.0 ppg) and last in total offense (262.7 ypg). The passing game was abysmal, ranking last in the conference (115.6 ypg). Quarterback play must improve. Coordinator Jerry Kill stepped down for health reasons after the season and Ash tabbed Chris McNulty to take over. It is his second stint as the Scarlet Knights offensive coordinator, as he also pushed the buttons in 2007-08 under Greg Schiano. McNulty was the tight ends coach for the Los Angeles Chargers. If you are scoring at home, that is nine offensive coordinators in nine years for RU under three head coaches.

Here are the top five players the Scarlet Knights must replace.

P Ryan Anderson. He was a god-send, often bailing out the offense and flipping the field. Anderson paced the Big Ten with a 44.4-yard average, punting 79 times for a league-high 3,508 yards and a long of 70. He was consensus first-team All-Big Ten and was named the Big Ten Punter of the Year.

RB Gus Edwards. The Miami (Fla.) transfer was a big, physical back who had an instant impact in Piscataway. He led the team with 713 yards rushing and six TDs on the ground. He also had 13 catches for 103 yards and a TD. Edwards was honorable mention All-Big Ten by the coaches.

DT Sebastian Joseph. He was an active force on the interior of the line and the squad's best run-stuffer. Joseph tallied 41 tackles to go along with 4.5 TFLs. He was honorable mention All-Big Ten by the coaches.

DE Kemoko Turay. A force off the edge of the defense, Turay ranked third on the team in tackles with 65. He also paced the Scarlet Knights with seven TFLs and four sacks. His pass-rush skills will be missed.