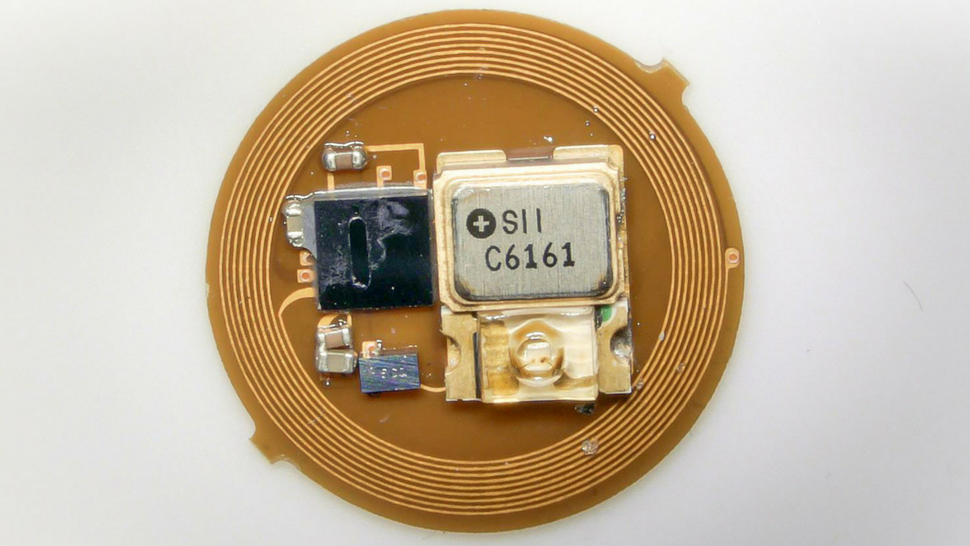 We know that in the middle of winter most people aren't worrying about a sunburn. As cold winds chap the face and snow blankets the ground, the idea of soaking in the rays probably sounds fairly appealing to folks, especially those in Big Ten country.

But sunburns stink, no matter what time of year it is. From the general discomfort to the (ick) peeling of the epidermis, they're a nasty side effect of spending too much time exposed to direct sunlight. Furthermore, that exposure can lead to some serious health risks, skin cancer chief among them.

So, it's important to be mindful of how much sunlight one is taking in. Easier said than done? until now. Partnering with skincare giant L'Oréal, Northwestern University professor John A. Rogers has created a wearable device, called UV Sense, that minds the rays for you.

The device is the one of the world's smallest wearables: a tiny UV dosimeter patch intended to be worn on a person's thumbnail. UV Sense, which contains no moving parts and is powered by the very sunlight it is measuring, connects to a user's smartphone via a custom app. All the user has to do is pass their phone over the device to see their exposure level.

"We think it provides the most convenient, most accurate way for people to measure sun exposure in a quantitative manner," said Rogers, speaking with Northwestern Now. "The broader goal is to provide a technology platform that can save lives and reduce skin cancers by allowing individuals, on a personalized level, to modulate their exposure to the sun."

Based on readings from the patch, the app provides suggestions for how a user can modify their activities in order to spend less time exposed to the most harmful of UV rays.

The size and durability of UV Sense, which was recently unveiled to the public at the annual Consumer Electronics Show in Las Vegas, is a key component to adoption, notes Rogers. The slim-fitting, inconspicuous patch - which is smaller in diameter than an M&M -  is completely water-proof, can be manufactured in any number of different styles and can even be worn on an article of clothing if placing it on the body is inconvenient.

Rogers' extensive work in the field of wearable technology previously yielded the Microfluidic System on the Skin, a wafer-thin device capable of collecting and analyzing a user's sweat in order to glean insights into their overall health. The device, which was previously covered by BTN LiveBIG, has proved to be not just a useful innovation, but an artful one at that, earning a spot in a tech-driven exhibition at the Museum of Modern Art in New York last year.