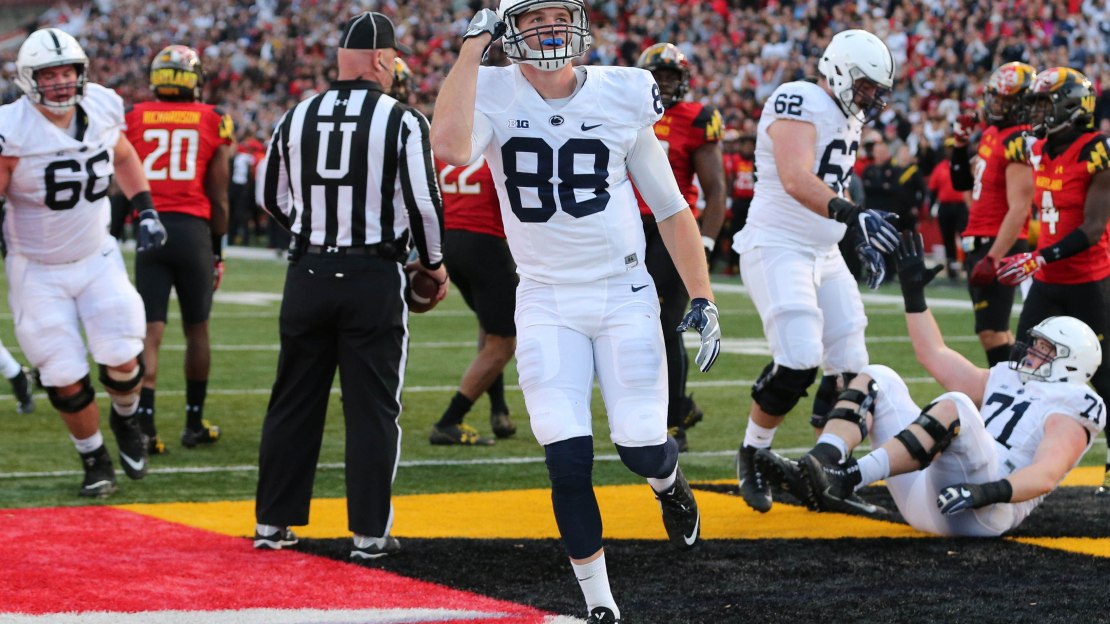 These are halcyon days for James Franklin and Penn State, which has gone an aggregate 22-5 overall the last two years and 15-3 in the Big Ten. The Nittany Lions won the 2016 Big Ten title and made a push for another in 2017, capping an 11-2 season with an impressive win vs. Washington in the Fiesta Bowl.

Here is a look at the top five players Penn State must replace.

S Marcus Allen. A leader and the quarterback of the secondary, Allen was a dominating force vs. the run. He ranked No. 2 on the squad in tackles with 72. Known for his big hits, Allen also was an underrated cover man, earning first-team All-Big Ten accolades from the coaches and second team from the media.

RB Saquon Barkley. He left early as an all-time great. Barkley finished fourth in the Big Ten in rushing (97.8 ypg), running 217 times for 1,271 yards last season en route to being named Big Ten Running Back of the Year. His 18 rushing TDs led the Big Ten. He also caught 54 passes for 632 yards and three scores. On top of all that, Barkley ran back two kickoffs for TDs en route to pacing the Big Ten in all-purpose yards (2,329). He leaves State College as the school's all-time leader in rushing TDs and all-purpose yards. Barkley had 671 career carries for 3,843 yards and 43 TDs.

LB Jason Cabinda. He led the team with 88 tackles in 2017 and was an active force who could play sideline to sideline. Cabinda helped the Nittany Lions rank No. 5 in the Big Ten vs. the run (118.0 ypg). He was second-team All-Big Ten by the coaches and honorable mention by the media.

TE Mike Gesicki. One of the nation's top tight ends, Gesicki led Penn State with 57 receptions which went for 563 yards. He was a rangy target who was effective over the middle and in the red zone (9 TD). Gesicki leaves campus with 129 career catches for 1,481 yards and 15 TDs. He was first-team All-Big Ten by the media and second-team by the coaches.

WR DaeSean Hamilton. He enjoyed a banner career, leaving school as Penn State's all-time leader in receptions with 214 for 2,842 yards and 18 touchdowns. Hamilton made 53 catches last season for 857 yards and nine touchdowns. He was a big reason why the Nittany Lions ranked No. 1 in the Big Ten in passing (290.2 ypg) last season. Hamilton was second-team All-Big Ten by the coaches and third-team by the media.