No. 9 Michigan State uses 18-0 first half run to dismantle Indiana 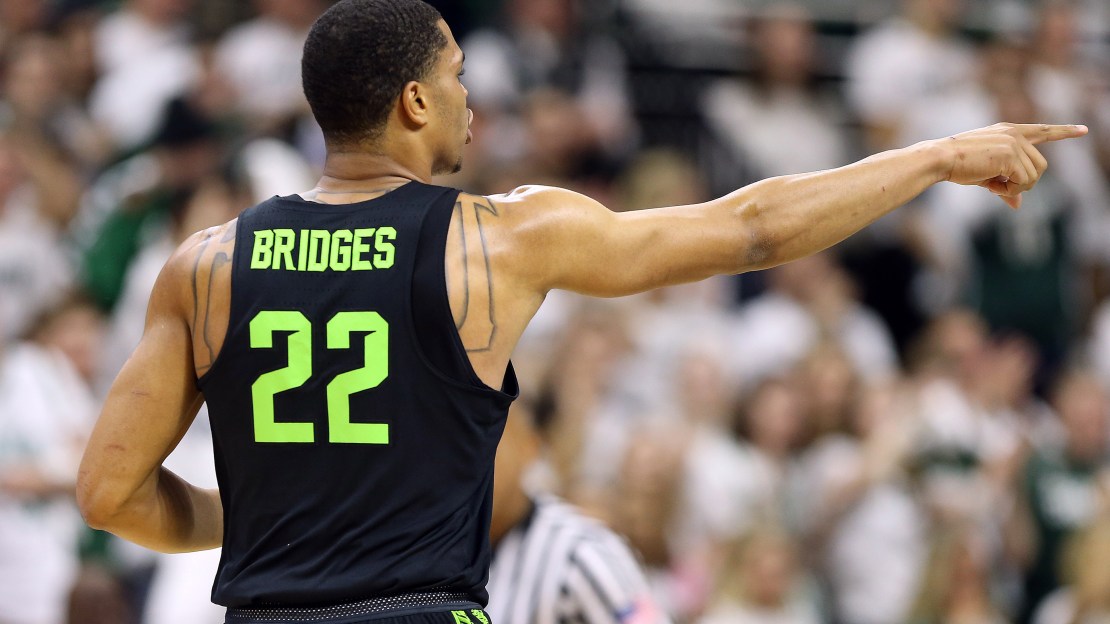 EAST LANSING, Mich. (AP) Miles Bridges scored 22 points and Nick Ward had 18 points and 13 rebounds to help No. 9 Michigan State bounce back with an 85-57 win over Indiana on Friday night.

The Spartans (17-3, 5-2 Big Ten) had a confidence-boosting performance after going from a top-ranked team to a reeling one. They were slumping after a 16-point loss at Ohio State, an overtime win over Rutgers and an 82-72 setback to Michigan at home.

The Hoosiers (11-8, 4-3) lost for the first time in four games, falling into a fourth-place tie with the Wolverines and Nebraska.

Michigan State took control with an 18-0 run midway through the first half, led by as much as 23 and was ahead 42-23 at halftime. The Spartans stayed ahead by a comfortable margin in the second half by spreading the ball around and making it tough for the Hoosiers to make shots.

Indiana's Robert Johnson had 21 points and the rest of his teammates struggled offensively. Josh Newkirk scored 14, but missed 12 of 17 shots and the Hoosiers were held to 34 percent shooting.

Alex Rodriguez, who was in Detroit for the North American International Auto Show, attended the game. He went to Michigan State's shootaround earlier in the day and wore an "Izzone" T-shirt while standing in the student section behind coach Tom Izzo, his staff and players.

"I've always been a big fan of Izzo," Rodriguez said.

Indiana: The Hoosiers had a hard time competing without Juwan Morgan playing as he has lately. One of the Big Ten's leaders in scoring, rebounding, steals and shooting before the game started was limited to two points on 1-of-5 shooting, three rebounds and one steal.

Michigan State: The Spartans desperately needed to get their swagger back and they did, suddenly looking like the team that was ranked No. 1 two weeks ago.

Michigan State: vs. Illinois on Monday.