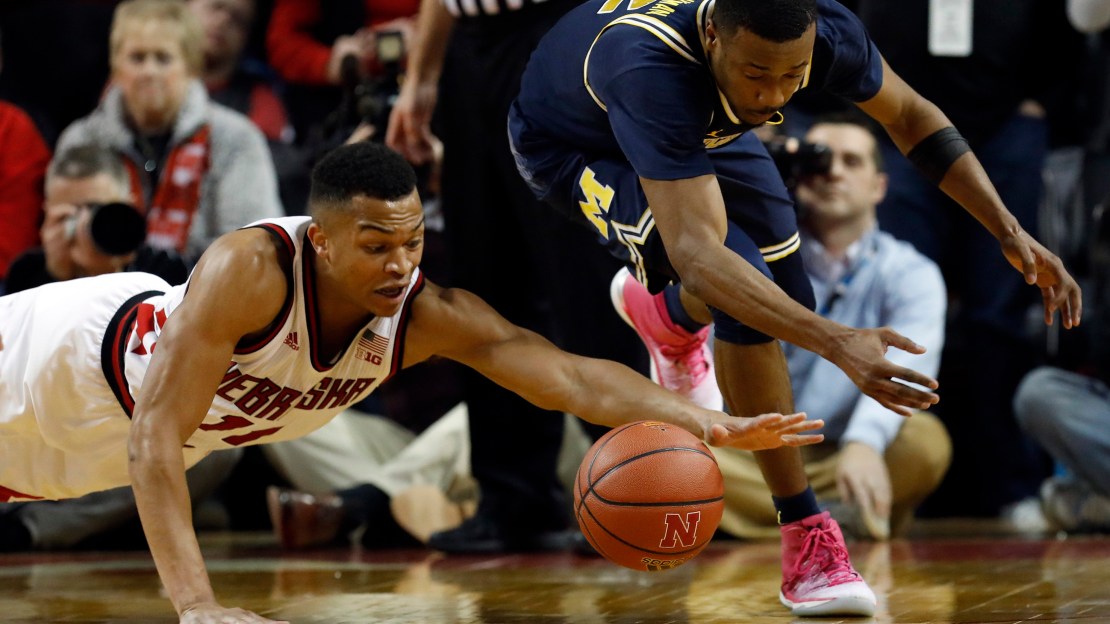 LINCOLN, Neb. (AP) James Palmer Jr. scored 19 points, Isaiah Roby had a career-high 14 and Nebraska beat No. 23 Michigan 72-52 on Thursday night for its first win over the Wolverines since joining the Big Ten.

The Wolverines had come in 8-0 against the Huskers since Nebraska joined the Big Ten in 2011-12, and they had won 10 straight in the series.

In the final regular-season game last year, Michigan won 93-57 in Lincoln, the Huskers' most lopsided home loss in program history. Michigan set the arena record for points by an opponent and matched the arena record with 14 made 13-pointers in that game.

Nebraska was in total control this time.

Wagner, who scored 27 points last Saturday against Michigan State and had reached double figures in all but two games, missed his only shot of the half. He finished with a season-low two points, his only basket coming on a dunk early in the second half.

Roby had two dunks and another basket during an 18-4 run that turned Nebraska's 12-10 deficit into a 28-16 lead. The Wolverines went scoreless for more than 6 minutes and without a field goal for 7 1/2 as the Huskers broke things open. The Wolverines missed 14 of their last 16 shots of the half.

The Huskers built the lead to 21 with less than 5 minutes to play.

Tshimanga, who missed the last two games for personal reasons, entered the game in the middle of the first half. The first time he touched the ball, he passed to Roby for a dunk.

Michigan: Though the Wolverines have owned Nebraska, Pinnacle Bank Arena is a tough place to play, and they might have been out of gas after an emotional win over Michigan State and having to rally to beat Maryland 68-67 on Monday.

Nebraska: This was a crucial win for a team that has hopes of returning to the NCAA Tournament for the first time since 2014. Michigan came into the game No. 30 in the RPI; no other opponent Nebraska has beaten is in the top 50. Another big opportunity comes Monday when the Huskers visit Ohio State (No. 18 RPI).