Dot Commentary: Who has been Big Ten basketball's most impressive freshman? 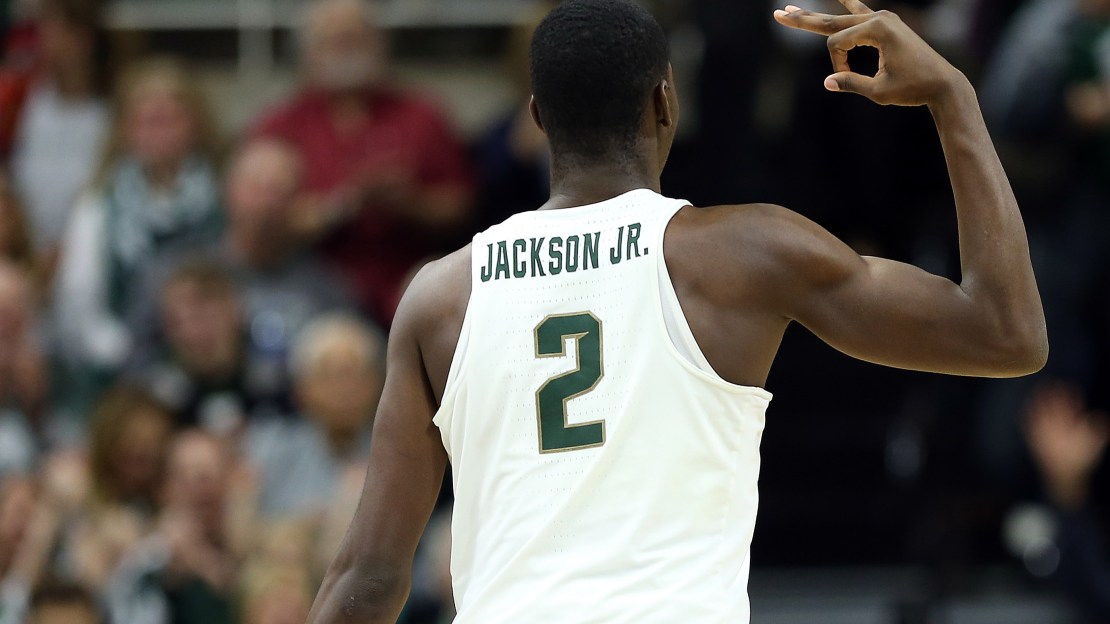 We're just six weeks away from the Big Ten Tournament in New York City, which seems hard to believe.

But as we inch closer to the midway point of conference play and the Big Apple beckons, we'll continue to churn out debate topics for our Dot Commentary discussion each week.

This week, the BTN.com team of Tom Dienhart and Alex Roux give their takes on a question highlighting the conference's diaper dandies:

Who has been Big Ten basketball's most impressive freshman?

The most impressive freshman? I am going with Michigan State?s Jaren Jackson Jr., a McDonald?s All-American who arrived this fall as one of the most hyped and touted freshmen in the Big Ten. And so far, he has delivered on those expectations, earning Big Ten Freshman of the Week honors three times for the Spartans.

Entering the week, the 6-11 Jackson is averaging 11.5 points and his 6.2 rebounds per game lead all freshmen in the conference. He also has been one of the top 3-point shooters, nailing 43.4 percent of his long-range attempts (23-of-53).

You want defense? Jackson is No. 2 in the league in blocks at 3.3 per game.  Add it all up, and Jackson has been the total package-and the top freshman in the Big Ten.

If we were making our picks based on a combination of sheer talent and NBA potential, Jaren Jackson Jr. would be my choice, as well. Man, that guy is smooth. But since the question is framed as which freshman has impressed us most, I've got to go with Geo Baker of Rutgers.

Besides, this wouldn't be much of a debate if I agreed with Tom.

Jackson is a phenomenal prospect, but I expected him to be great for Michigan State. He was a five-star recruit, ranked as the No. 8 overall player in the class of 2017, per 247sports.com. It's the curse of high expectations, but Jackson is supposed to do this at the college level. Baker was ranked in that same class as the No. 414 overall player, and recruits of that caliber are not expected to do what the Scarlet Knight freshman is doing.

And what Baker is doing is remarkable. Although he's not shooting as well as Jackson, his points-per-game average is actually higher at 11.7–tied for the conference lead among all freshmen. Plus, his game has some serious variety. Baker is posting 2.6 rebounds, 1.3 steals and 3.5 assists per game to go along with all those buckets. His assist mark is tied with Corey Sanders for the team lead and leads all Big Ten freshmen.

When Baker plays well, Rutgers tends to play well. He dropped 17 points apiece in two of Rutgers' most convincing wins this season over Seton Hall and Iowa, and the performance against Seton Hall earned him Big Ten Freshman of the Week honors for good measure. If you haven't heard of Geo Baker, it's time to start paying attention. And while he might not have the best pro potential in the Big Ten, it's time to put some respect on his name.