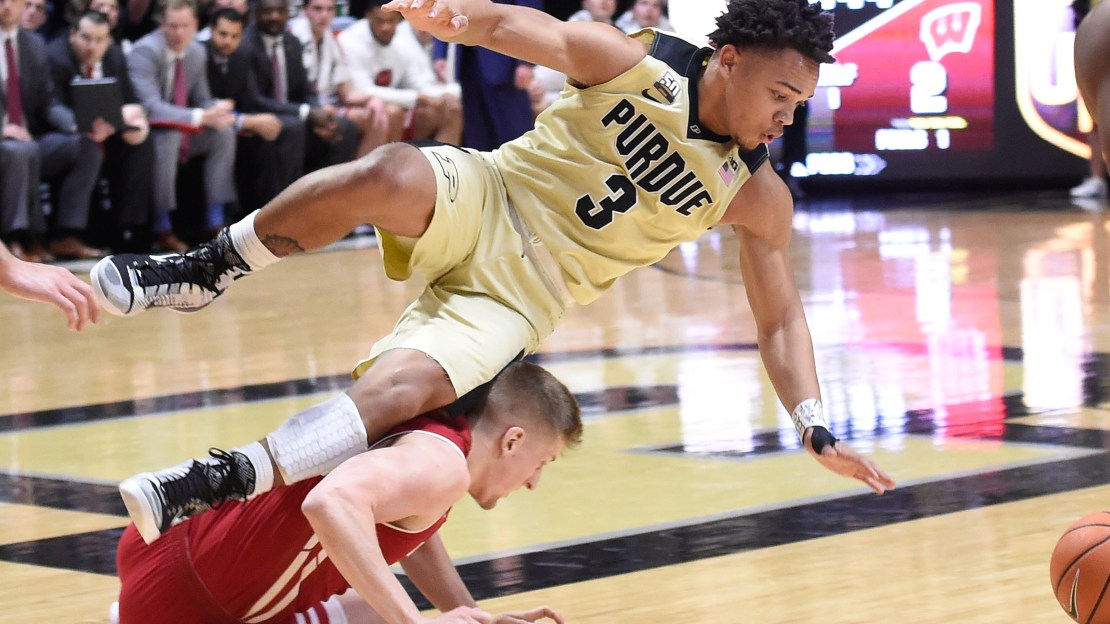 The Boilermakers (18-2, 7-0 Big Ten) have won 14 straight overall, 19 in a row at home and have matched the best 20-game record in school history. The only other time Purdue did that was 1987-88 when it also won its first seven conference games.

Ethan Happ had 15 points, seven assists and six rebounds to lead the Badgers (9-10, 2-4). Wisconsin has lost three straight – all on the road.

But they were never in it Tuesday.

Purdue made its first four 3-point attempts to jump out to a 12-0 lead, and then things got even worse for the Badgers.

Wisconsin needed more than 7 1/2 minutes to make a basket, and then the Boilermakers continued to pour it on.

Purdue extended the lead to 36-16 before the Badgers finally fought back to get within 39-22 at the half.

The second half was a virtual replay when Purdue's first three baskets were again all 3s. And when Vincent Edwards drove in for a layup with 16:59 to go, the Boilermakers led 50-29.

Wisconsin: Tuesday night's performance looked very non-Badger like. They struggled to score, struggled on defense, got into foul trouble, couldn't get to loose balls and had 15 first-half turnovers. They're young, and, yes, they were playing their third straight road game. But they need to improve greatly.

Purdue: The Boilermakers just keep rolling along. They've held 11 straight opponents under 70 points, have made at least 10 3s in six of their last seven games and have won their last two by a combined 62 points. It's hard to imagine Purdue playing much better.

Wisconsin: Finished with a season high 20 turnovers. The Badgers' previous high was 15. … Nobody other than Happ scored more than eight points or made more than two baskets. … The Badgers are 0-5 against ranked teams this season, each coming from a different conference: Xavier (Big East), Baylor (Big 12), UCLA (Pac-12), Virginia (ACC) and Purdue.

Purdue: P.J. Thompson scored 14 points and Carsen Edwards had five rebounds and four assists. … Purdue was 14 of 22 on 3s, giving them 10 or more in six of its last seven games. … The Boilermakers have held 11 straight opponents to fewer than 70 points. … Purdue is 17-0 on American soil.

Wisconsin: Faces Illinois on Friday in the Badgers' first home game since Jan. 2.

Purdue: Heads to Iowa on Saturday.