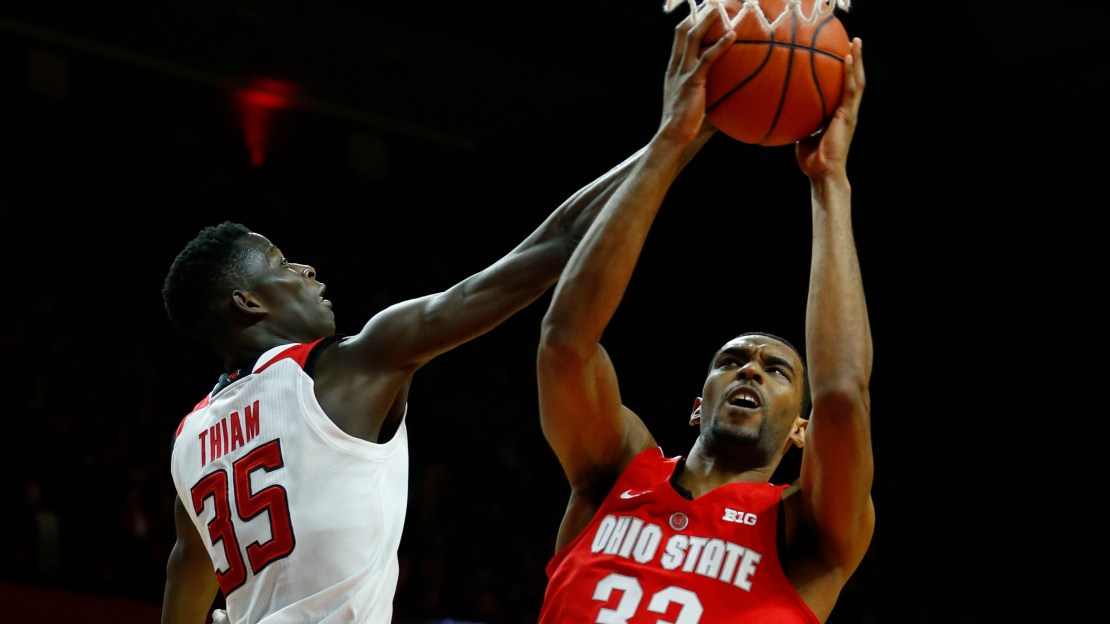 (AP) Ohio State opened up the season without much expectation. So, making the Top 25 and leading the Big Ten surely wasn't anticipated.

Now, when the new weekly rankings come out, the Buckeyes will likely have both.

However, Rutgers was without its third guard and sixth-man, Mike William. The senior captain was sidelined after injuring his leg in practice on Saturday. He sat the game out with his right foot wrapped and was using crutches.

"Mike hurt his leg badly. We don't have the full diagnosis yet, they're still working on that," coach Steve Pikiell said. "He's going to be out, he's going to be out for a while. But Mike has been a really important player.I feel bad for him. It's his senior year, but those things happen and other guys have to be ready to step up and take advantage of his minutes. We certainly have to figure that out quickly here. Having this happen with 10 minutes left in practice yesterday doesn't give you a lot of time to figure it out, so now we have a couple of days to figure it out before Iowa."

So while Rutgers' season could be at a crossroads, Ohio State's could continue to surprise.

Ohio State: Holtmann is the first Big Ten coach to start off 6-0 in conference play since Tom Davis at Iowa in 1986. Meantime, Ohio State is expected to be ranked in the upcoming AP Poll after defeating No. 4 Michigan State by 16 and drubbing Maryland. The Buckeyes received 29 votes in the last poll, which would have ranked them 29th. They are tied for first in the Big Ten with No. 5 Purdue.

Rutgers: The Scarlet Knights have lost five of six after starting the season 11-3. With Williams out, a bench that is not known for its depth will come into focus, which will make wins even harder to come by.

"We have to play with or without Mike," Pikiell said, adding, ""Mike has been, from day one, a fighter. But again, with or without Mike, we need to play better basketball. Playing Ohio State and teams like that, but Mike's a leader. He's a captain. He grabbed nine rebounds against Michigan State. He's our leading rebounder at 6-2. He's an over achiever. Mike is certainly a huge loss for us, but again, we have to play better. Every guy has to step up their game a little more now with Mike not being around."

Rutgers has had trouble shooting free throws (62 percent) and 3-pointers (29 percent) throughout the season. Against Ohio State, Rutgers struggled shooting, period. The Scarlet Knights hit just 29 percent from the field, below their average of 42. They went 6-of-18 from the foul line.

Rutgers came into the game ranked fifth in the country in rebounding with 42.44 a game. The Buckeyes made sure they didn't get beat on the boards, edging Rutgers 46-30 on the glass.

Ohio State: The Buckeyes return home to take on Northwestern on Wednesday night.