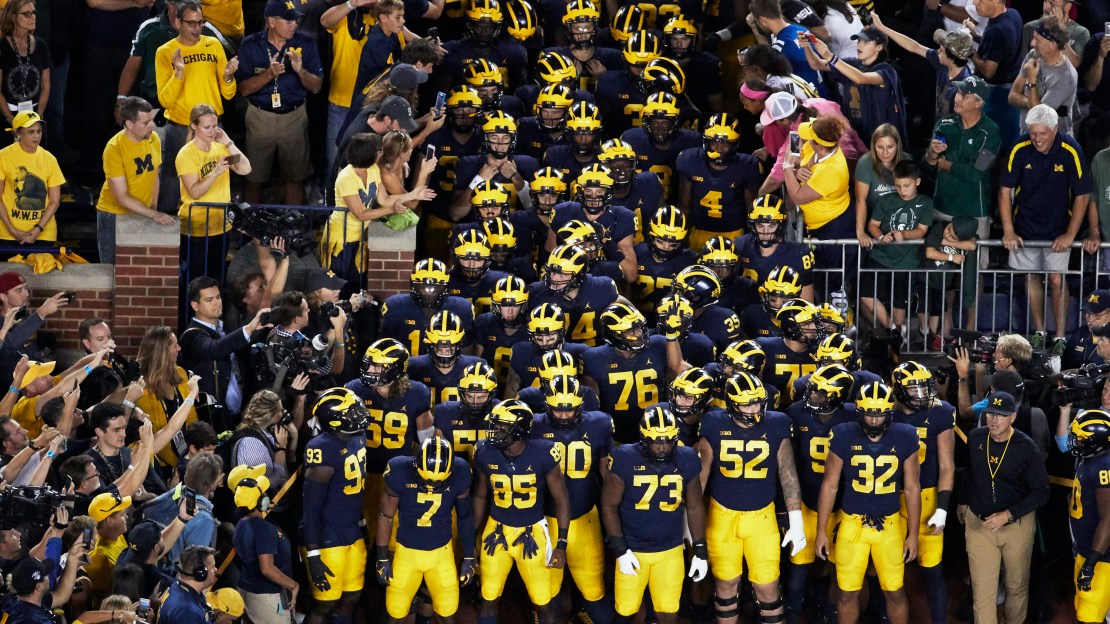 Jim Harbaugh has been back at his alma mater for three seasons, full of bravado and bombast. Despite all of the commotion and promotion off the field, Harbaugh has yet to finish higher than third in the Big Ten East.

Even worse, he is 1-5 vs. rivals Ohio State and Michigan State and is 1-2 in bowls. The 2017 season was Harbaugh's worst, as he went from 10 wins in each of his first two seasons to eight last year. Bottom line: Michigan still hasn't won the Big Ten since 2004.

Don't blame the defense. Once again, the unit of coordinator Don Brown was excellent. The Wolverines ranked third in the Big Ten in scoring defense (18.8 ppg) and second in total defense (271.0 ypg). The pass defense was No. 1 in the conference (150.1 ypg). And this was a young unit in 2017.

But the offense had issues with consistency. Michigan was No. 8 in scoring (25.2 ppg) and No. 9 in total offense (348.9 ypg). The quarterback play left a lot to be desired. Wilton Speight began the year as the starter before suffering a season-ending back injury in the Big Ten opener at Purdue. Then, Brandon Peters was lost to a concussion at Wisconsin in the penultimate game. That left John O'Korn, who at times struggled. Peters returned to start the bowl game, but he struggled as well in a loss to South Carolina.

LT Mason Cole. He had been a stalwart from the moment he stepped on the field. Cole was the first true freshman in Michigan history to start a season opener on the offensive line in 2014. He went on to make 50 consecutive starts along the front, starting all 13 games at center in 2016 before moving back to left tackle in 2017, where he has started all 10 games and was consensus second-team All-Big Ten. Cole made 25 straight starts at left tackle prior to position switch to center in 2016.

FB Khalid Hill. He was an underrated contributor for Michigan. Hill appeared in 43 games at tight end and fullback with 11 starting assignments, and was also a regular special teams contributor. He had 29 career receptions totaling 288 yards and three touchdowns. And he rushed 42 times for 73 yards and scored 13 rushing touchdowns in his career.

NT Maurice Hurst. He won a raft of honors in 2017. In addition to being consensus first-team All-Big Ten, Hurst was a consensus All-American. He had five sacks to go along with 13.5 TFLs for a Wolverines defense that was among the best in the nation.

C Patrick Kugler. A consensus honorable mention All-Big Ten pick in 2017, Kugler was a steady force in his career. The son of coach whose brother played o-line at Purdue, Kugler played in 33 games and made 13 starts. He helped the Wolverines average 25.2 points and 348.9 yards in 2017.