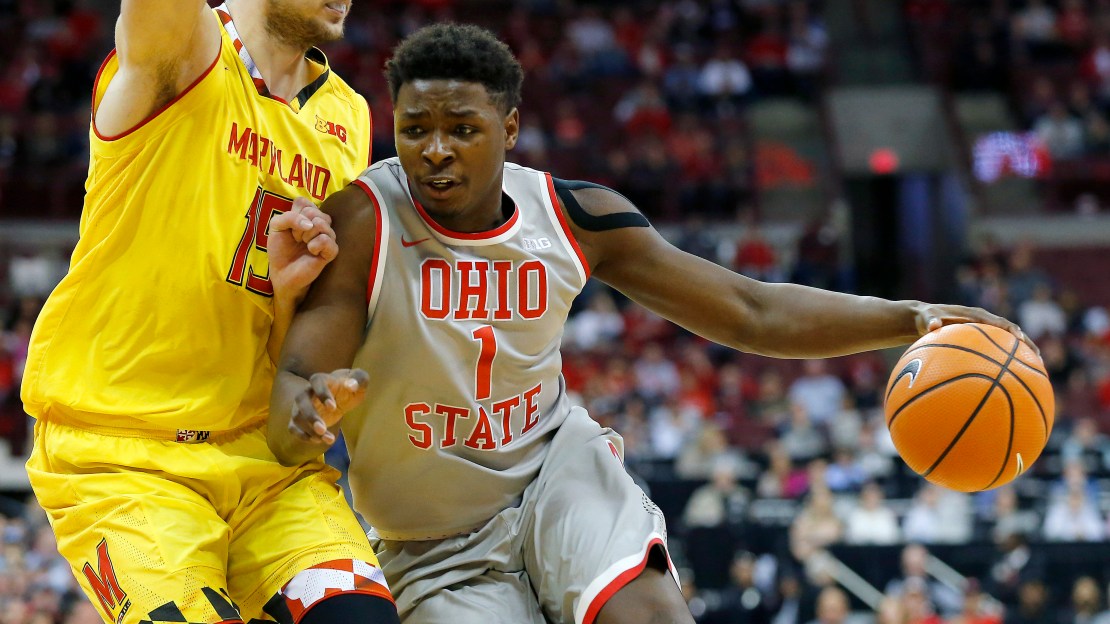 COLUMBUS, Ohio (AP) Keita Bates-Diop was 6 for 8 from beyond the 3-point line and totaled 26 points in leading Ohio State to a 91-69 rout of Maryland on Thursday night.

C.J. Jackson scored 14 and Jae-Sean Tate added 13 to power the surprising Buckeyes, who were coming off a huge upset of then-No. 1 Michigan State on Sunday.

Bates-Diop continued his torrid streak after putting up 27 points against Iowa on Jan. 4, and a 32-point performance against Michigan State that earned him Big Ten Player of the Week honors.

Ohio State has won four straight and nine of the last 10.

Anthony Cekovsky at 7-foot-1 used took his height advantage inside to lead the Terrapins with 18 points.

Maryland has lost its two lead power forwards and a key reserve – accounting for about 19 points per game – to season-ending injuries in the past two weeks.

The Buckeyes led 44-32 at the half on the strength of a 22-2 run that included a trio of 3-pointers from Andrew Dakich and a pair from Bates-Diop.

Maryland: Had won eight of the last nine entering the game but caught Ohio State on a hot streak. The Terps really missed their three forwards who are out with injuries.

Ohio State: Bates-Diop is having a breakout season and getting lots of help from talented players around him.

Maryland: At Michigan on Monday night.