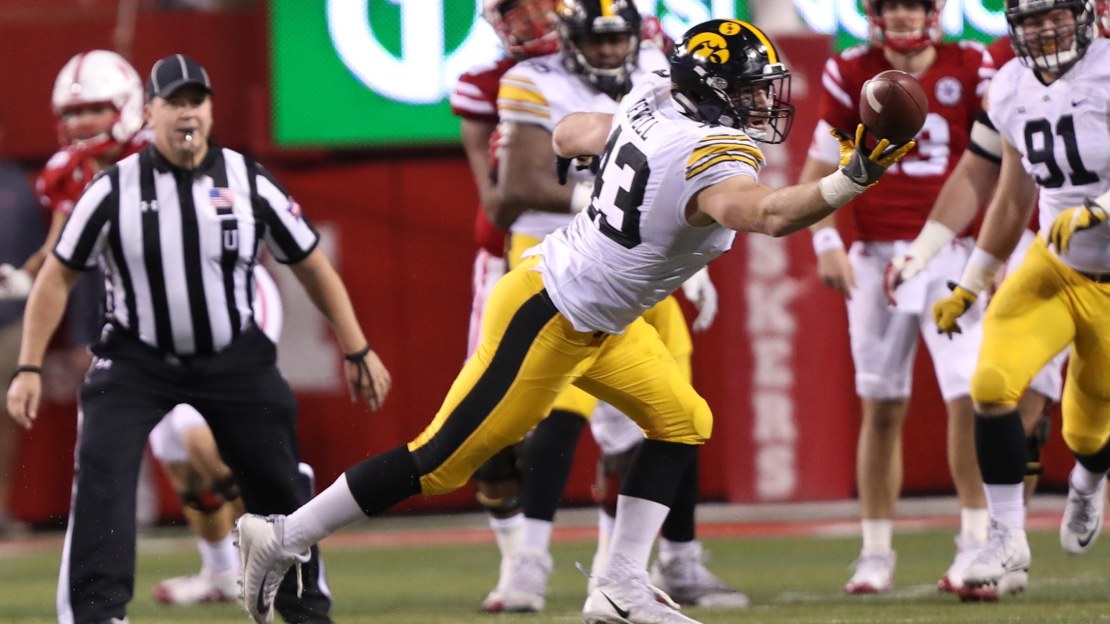 Kirk Ferentz's 19th season was a bit of a mixed bag, as Iowa went 8-5 overall and 4-5 in the Big Ten, capping the season with consecutive wins including a victory vs. Boston College in the Pinstripe Bowl. It was the program's fifth bowl in a row and first postseason triumph since 2010.

The Iowa offense struggled for consistency. The Hawkeyes were No. 10 in the Big Ten in total offense (329.5 ypg), finishing 11th in rushing (139.2 ypg). Injuries at offensive tackle really hurt what typically is a stout Hawkeye rushing attack. How bad was it? Only three teams averaged fewer yards per carry than Iowa's 3.8. The passing game had a bit more bite, ranking No. 9 (190.2 ypg). QB Nate Stanley showed promise in his first year as a starter, hitting 55.8 percent of his passes for 2,437 yards with 26 TDs and just six picks. No doubt, Iowa was helped by a turnover margin of plus-seven that ranked No. 2 in the Big Ten.

The defense was steadier, ranking fifth in the conference in scoring (19.9 ppg) and No. 3 in pass-efficiency defense. Iowa's 21 interceptions led the conference behind coordinator Phil Parker.

CB Josh Jackson. He opted to turn pro after a sensational junior season that saw him lead the nation in passes defended (26) and also pace the nation in interceptions (8). Jackson ran back two picks for touchdowns. He earned consensus All-American honors and was named the Big Ten Defensive Back of the Year.

LB Josey Jewell. He leaves campus as an all-time great, earning consensus All-American honors in 2017 in addition to being named the Big Ten Linebacker of the Year. Jewell led the Big Ten and ranked fourth in the nation in tackles in 2017 with 136 stops, averaging 11.3 per game and pacing the team with 13.5 TFLs.

OLB Ben Niemann. The son of a defensive coordinator, Niemann was an underrated forced for a stout Iowa defense. Niemann ranked third on the team in tackles with 80, notching six TFLs with a pick.

RB Akrum Wadley. He leaves as just the fourth Hawkeye to produce consecutive 1,000-yard rushing seasons and is one of just 11 Big Ten players with back-to-back 1,000-yard rushing and 25-catch seasons. Wadley finished 2017 fifth in the Big Ten in rushing with 1,109 yards, earning consensus third-team All-Big Ten honors. He leaves campus with 2,872 career yards rushing with 28 TDs on the ground along with 71 catches.

G Sean Welsh. He helped the Iowa RB Akrum Wadley rush for over 1,000 yards. Welsh was named first-team All-Big Ten by the media and second-team by the coaches for a line that suffered key injuries at tackle. Welsh was a consistent force.