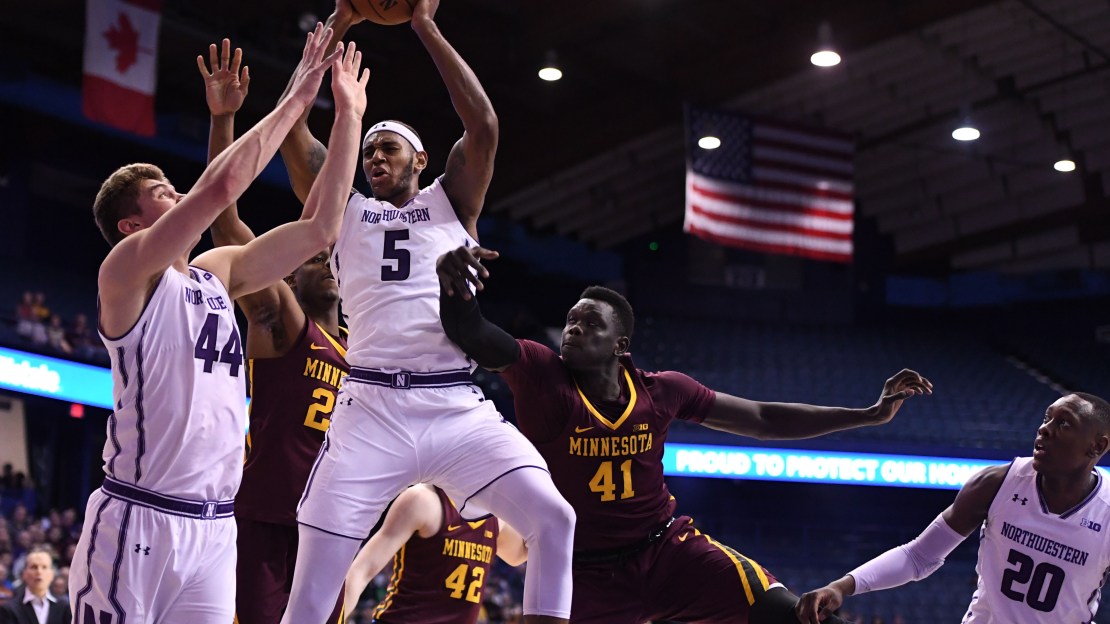 McIntosh broke the previous mark of 14 set by Patrick Baldwin against Youngstown State on Dec. 5, 1992, and got plenty of hugs on the sideline when he left the game in the closing minute.

Dererk Pardon added 13 points and 12 rebounds to help Northwestern (11-7, 2-3 Big Ten) run away with an easy win after dropping three of four.

Minnesota (13-5, 2-3) struggled on both ends with two of its top players missing and star Jordan Murphy having a quiet game. Suspended center Reggie Lynch faces possible expulsion following sexual assault allegations by two women. Guard Amir Coffey remained sidelined by a shoulder injury and the Gophers dropped their second straight after winning five in a row.

Dupree McBrayer scored 14 for Minnesota. Murphy finished with eight points and two rebounds after hitting double digits in both categories in each of the first 17 games.

Northwestern went on a big run midway through the first half and took a 43-21 lead to the locker room.

Trailing 13-12, Jordan Ash nailed a 3. McIntosh ignited the sparse crowd with an alley-oop to Pardon, then fed him a no-look pass for a dunk, and just like that the Wildcats were rolling.

Pardon had eight points and eight rebounds in the half. McIntosh had six points and seven assists. Lindsey scored seven and hit two of Northwestern's six 3's against a shaky defense.

Minnesota was no better on the other end, shooting 6 of 27 overall and 3 of 13 from long range in the half.

The most impressive play came early in the second when Gavin Skelly missed an easy dunk. He hung onto the rim, reached back with one arm and threw down. The basket didn't count, of course, and Skelly got a technical for hanging on the rim.

Minnesota: It was not a good night for a team trying to stay on a path to the NCAA tournament with two key players missing.

Northwestern: This was more like it for a team that's struggled to find consistency despite having most of its top players back after making the NCAA tournament for the first time last year.