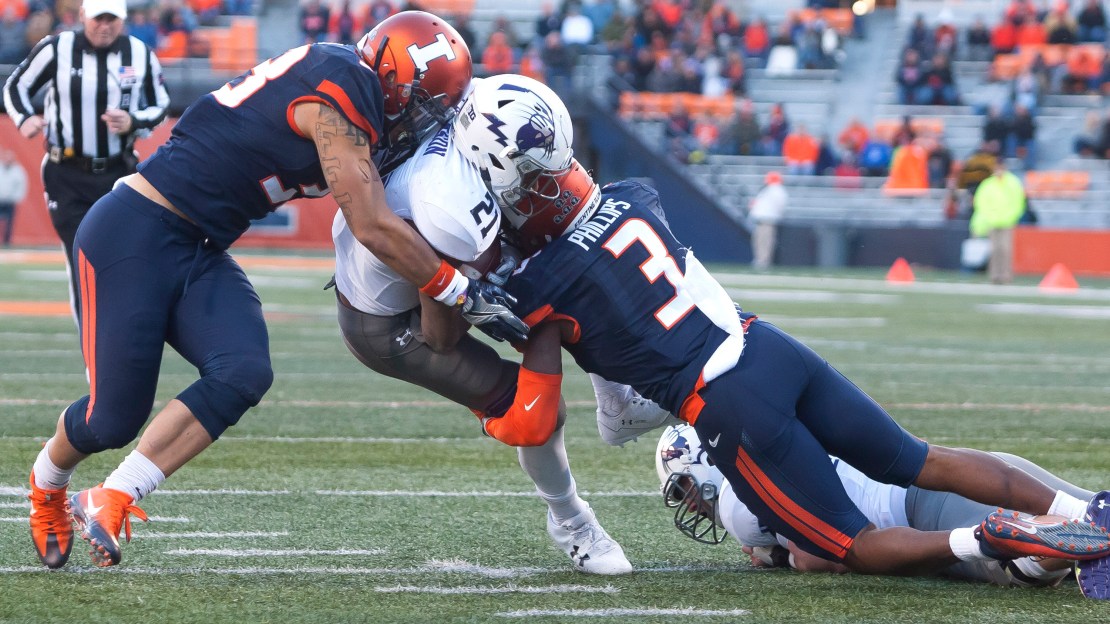 Year 2 under Lovie Smith was bumpier than Year 1, as Illinois opened the season 2-0 ? and then lost its last 10 games. In 2016, Illinois went 3-9 overall and 2-7 in Big Ten action. Offense, defense, special teams, they all were issues during an often-trying 2017 campaign.

DE James Crawford. He was the defensive team MVP after leading team in TFLs (5.5), sacks (4) and forced fumbles (3). Crawford was a steady force off the edge for a defense that too often got run over. The staff likes the options left in freshmen Bobby Roundtree, Isaiah Gay and Jamal Woods. They all played a lot in 2017.

CB Jaylen Dunlap. A starter, he led the team with five PBUs to go along with 29 tackles. Nate Hobbs has one corner slot locked down for next year, so possible replacements for Dunlap are Tony Adams (played nickel as true freshman before suffering a season-ending injury) and Cameron Watkins.

SS Patrick Nelson. He has transferred after being a part of a three-man rotation at safety with Stanley Green and Bennett Williams, who both will be back to give the position some hope. Nelson finished third on the squad in tackles with 65.

WR Malik Turner. His production was down in 2017, but he still leaves a big hole having made 143 career catches for 1,804 yards and 10 TDs. Turner tied Ricky Smalling for the team lead with 31 grabs last season, which went for 326 yards. Receiver is still pretty solid with Smalling, Mike Dudek, Carmoni Green and Appalachian State grad transfer Shaedon Meadors coming in.

LB Tre Watson. Leaving as a graduate transfer, Watson will be missed even though he was overtaken as a starter by Dele Harding until Harding got hurt late in the year. Still, Watson finished third on the team in tackles with 65 with 4.5 TFLs. Replacements for Watson figure to be Harding and Jake Hansen, who was starting in training camp before incurring a season-ending injury.